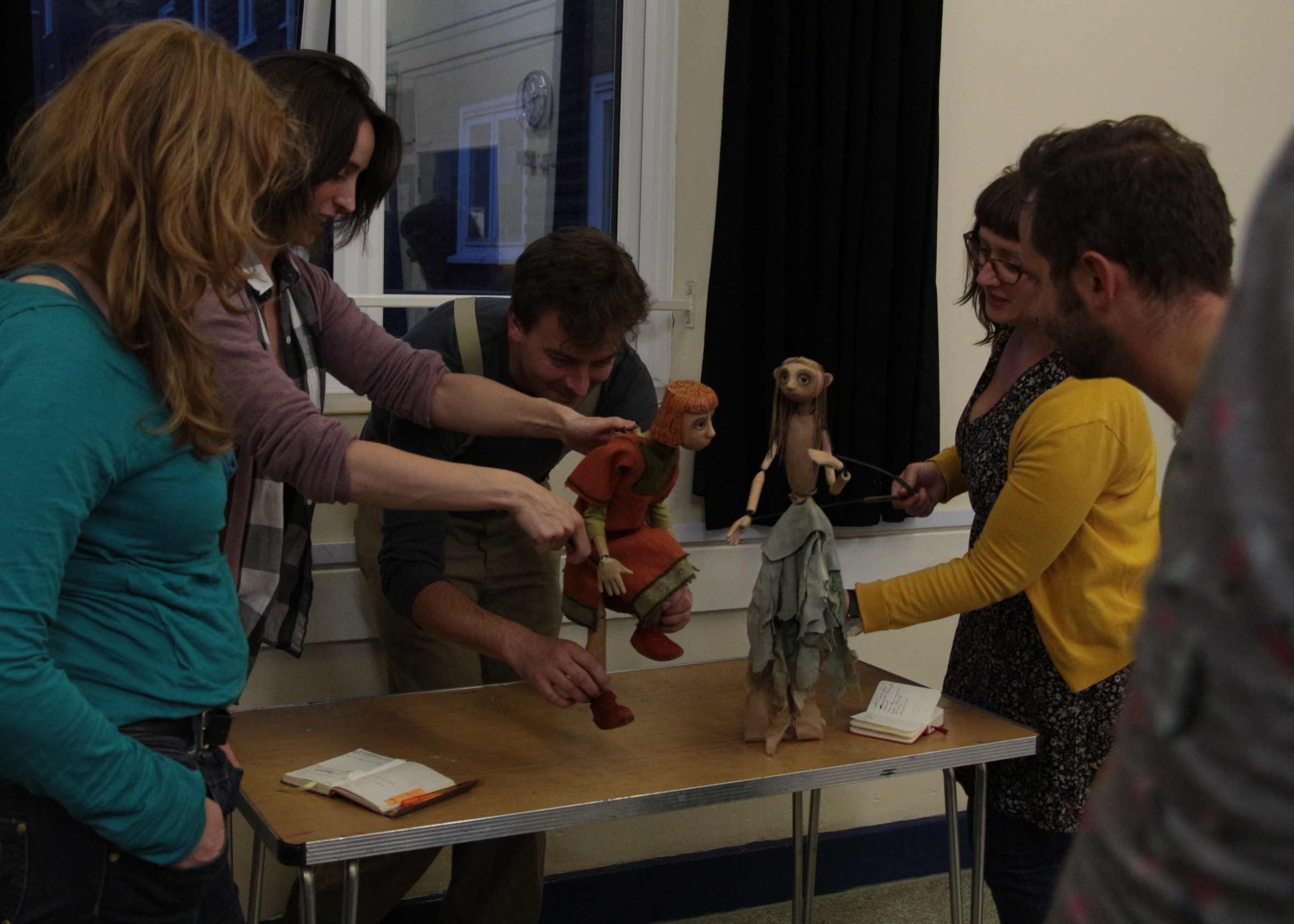 Oh how easy it is to sneer when you’re not in full possession of the facts.

Last week  2,500 students surveyed by the Knowledge Academy (no irony intended, presumably) wrote off degrees in puppetry and stand up comedy as pointless – along with Viking studies, horology and medieval history. The Times and The Daily Telegraph both gleefully ran with it as a story with the former reporting that “Two fifths [of the students] did not rate it [puppetry] as a degree.

Well I presume they’re referring to the well established and respected BA in Puppetry and Performance offered by Royal Central School of Speech and Drama (RCSSD) because they’re aren’t many puppetry degrees about. Said course has launched many a successful career as every clued up person in performing arts knows.

Well of course you don’t need a degree to design or perform with a puppet – any more than you do to play Hamlet or the Beethoven violin concerto. But you do have to train. The reason – the only reason – that training courses such as the puppetry one at RCSSD have had, in recent years, to be redesignated as degrees is so that the students and the institutions offering the courses can access the same higher education funding as other subjects like physics and business studies. I’ve never met anyone in the industry who argues that degrees make an iota of difference to the training. It’s all about money and pragmatism.

And why single out puppetry anyway? It’s only a form of drama. No one in the survey seemed to be critical of degrees in acting. Are these young people surveyed simply people who don’t go to the theatre much and don’t realise that puppetry skills are in huge demand? This isn’t just something to amuse children (although what’s wrong with that?) puppetry is widely used in shows for all ages and at all levels. Presumably none of these surveyees has seen War Horse or historic clips of Spitting Image.

But perhaps they’re  joylessly writing off all the performing arts as trivial because they’re all going to be accountants and IT experts. Did no one point out to them that the combined creative industries contributed  £10.8 billion to the UK economy at the last count in 2016 – that’s more than agriculture and roughly equivalent to a city such as Liverpool or Sheffield? There’s a great deal more to “play acting” than, well, play acting. QED.

I can’t help wondering what “useful” subjects the students surveyed are studying themselves and what their own backgrounds are. This can’t possibly have been a proper cross section.