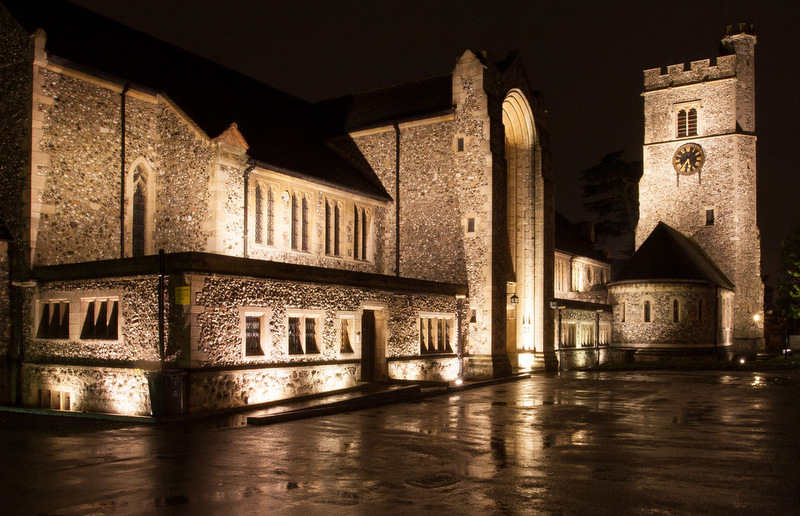 Bromley and Beckenham International Music Festival (BBIMF) was co-founded last year by pianist Benjamin Grosvenor, who comes from Bromley and violinist Raja Halder. This concert was the second in a series of four over the festival’s single weekend – and a thing of wonder it was too happening as it did at 4.30 on Saturday afternoon, an oasis of culture and calm a few yards from the busy high street with its shops and pubs.

It’s a treat to see Grosvenor, who famously won Young Musician of the Year aged 11 and is still only 26, on his home turf and doing the chamber music he is so committed to. I last saw him 11 days earlier playing Beethoven’s Fourth Piano Concerto at the Proms.

We began with Britten’s Lachrymae op 48a which is based on Dowland’s song “If my complaints could passions move”. Premiered at Aldburgh in 1950 and scored for viola and piano, it was new to me as it was, I suspect, to most of the audience. It is actually a theme and variations but Britten reverses the usual order and doesn’t let us hear the plain theme until the end. At this performance a group of four musicians, almost out of sight near the high altar played the soulful, hymn-like Dowland so that we could hear it first. Then it was down to Timothy Ridout and Benjamin Grosvenor to make it sing in the fabulously resonant acoustic of Bromley Parish Church. The effects were surreal and otherworldly especially in the third variation with pizzicato pinging out over wide chords on the piano and I loved the end with Ridout sending the harmonics off into the lofty blue domed roof like stars dying away in the distance.

The second work was the much more familiar Schubert Trio in E flat major in which Grosvenor was joined by violinist Hyeyoon Park (his regular duet partner) and cellist Bartholomew LaFollette. It was supremely well played with warmth and drama in the interwoven melodies of the opening movement. I liked the elegance they brought to the andante as the tune is passed round before those entrancing octave leaps and there was lots of light and dark in the Scherzo. Then they played the Allegro Moderato with delicious charm especially in the witty rotating solo. There was absolutely no blurring of sound in this performance. You could hear every note of every part because speeds were judged to accommodate the loftiness of the space.

I was delighted to see several children at this concert and also noted with approval that the vicar, James Harratt is clearly pleased to have this remarkable festival in his church. He personally welcomed people in at the door, ticking our names off his list and spoke enthusiastically to the audience at the beginning. Too often, when there are concerts in churches, the priest-in-charge, vicar or rector is nowhere to be seen.