This was an interesting evening because although I am very familiar with Chekhov’s full-length plays and have read a number of his short stories, his short plays were new to me. And on the whole, imaginatively adapted –  they feature many more females than Chekhov intended and the dialogue sounds right for 2022 – they are worth seeking out. Ideal choice for a drama club too because five separate plays provide lots of relatively small but meaty roles and scope for five different directors.

Some of these plays are firmly in Cherry Orchard or The Seagull territory in which landed  families visit each other and there are tensions.  Inevitably some plays are stronger than others. The inclusion of a sixth one, loosely based in Chekhov’s Smoking is Bad for You presents a stage manager (Alice Wilsmore) who links the other plays (and covers scene changes) is, I’m afraid, a slightly clunky device.

The strongest (and best known) of the plays is The Bear in which a grieving widow is refusing, like Olivia in Twelfth Night, to see visitors until, of course one forces himself on her. Another which stands out is The Night Before the Trial which Chekhov never finished. I can report that Richard Brown’s ending is very satisfying. And Richard Brown himself playing the actor in Swan Song with Madeleine Forrester as prompt is the high spot of the evening. They meet after hours in a theatre. He shows off ruefully and reminisces with a lot of deliciously absurd over acting while she acts as foil before eventually throwing in her surprise. Brown and Forrester are very well attuned to each other.

There is a problem in amateur theatre of this sort though, and to an extent in professional theatre too. Where you have a handful of really convincing, naturalistic actors who can totally inhabit a character, they tend – unintentionally of course – to highlight the ordinariness of some of the others. In this case, along with Brown and Forrester, the ones who really caught my eye were Rob Barton as the coarse, entertaining, charismatic and attractive Smirnov in The Bear; Caroline Malony as the deaf, scheming Madame Chubukov in The Proposal;  Matt Gurtler, who has  wonderfully expressive range of faces and looks in The Anniversary and Dean Laccohee who triumphs as the crafty, opportunistic criminial in The Night Before the Trial.

This was, incidentally, my first visit to Huntingdon’s delightful Commemoration Hall too, although I have reviewed in three other venues in the town: two churches and a pub. Commemoration Hall – dating from 1842 but refurbed in the 1950s – has a good sized auditorium with a neat proscenium arch performance space and a good foyer and café. Even the loos are plentiful and pretty. 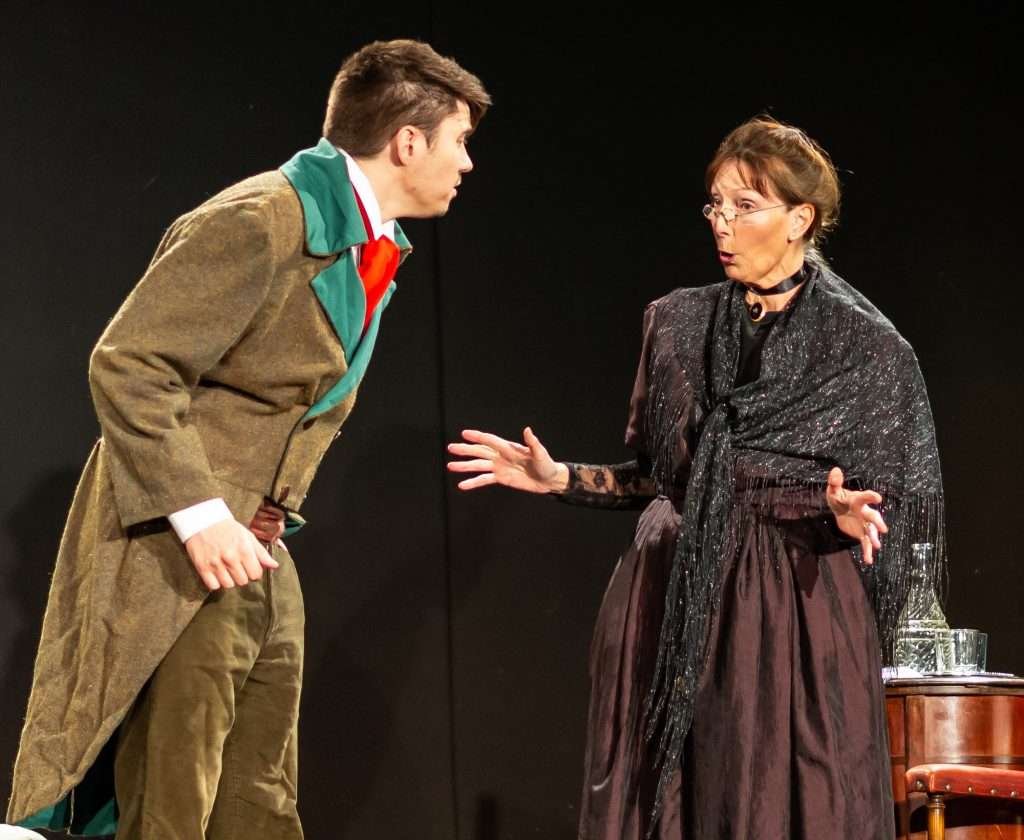 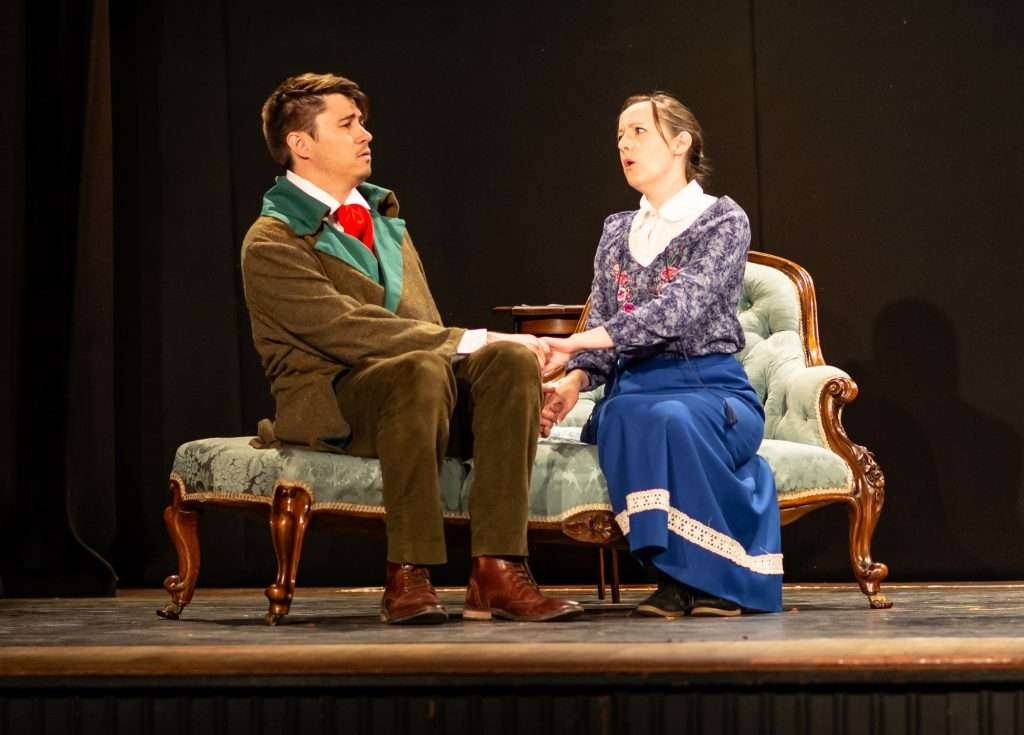 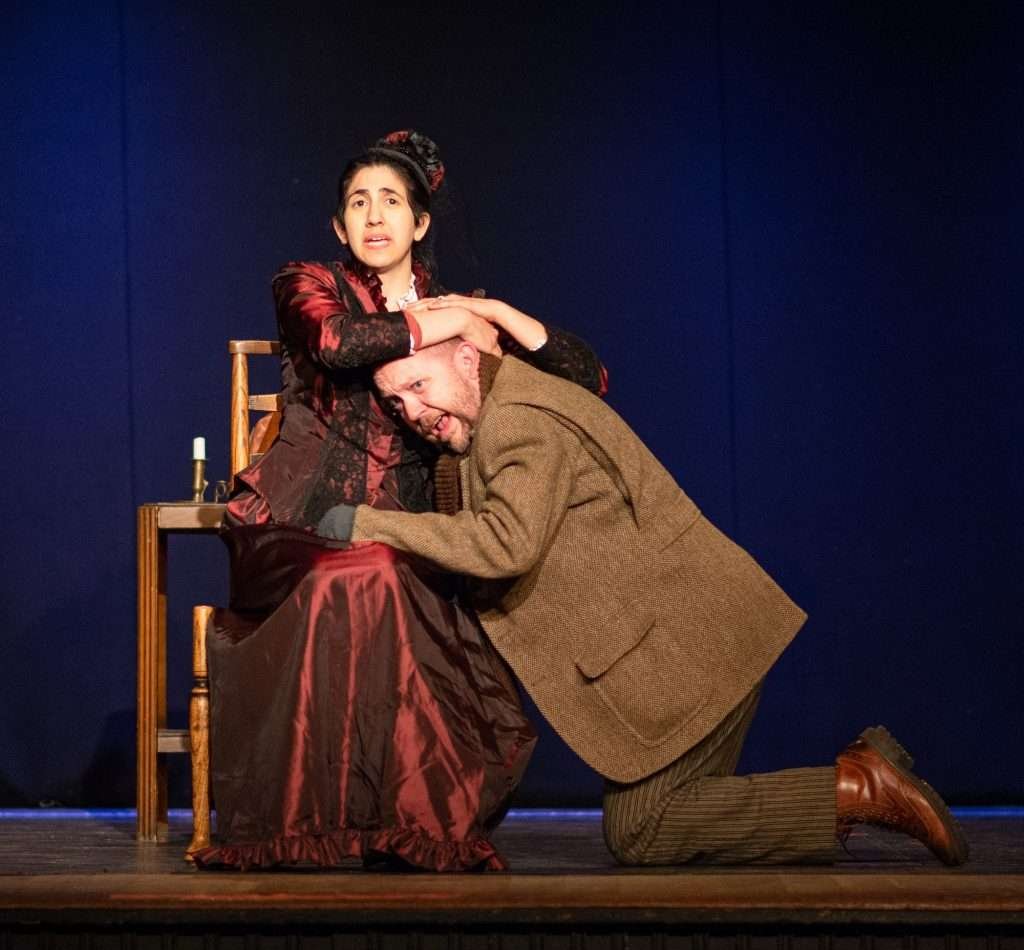 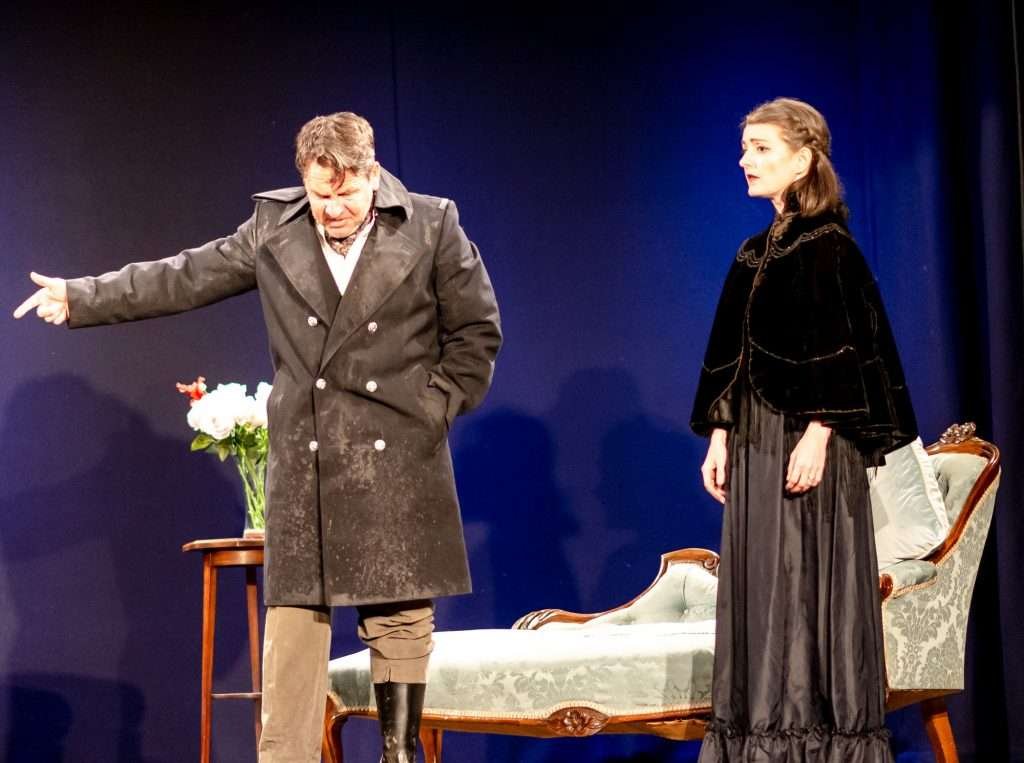 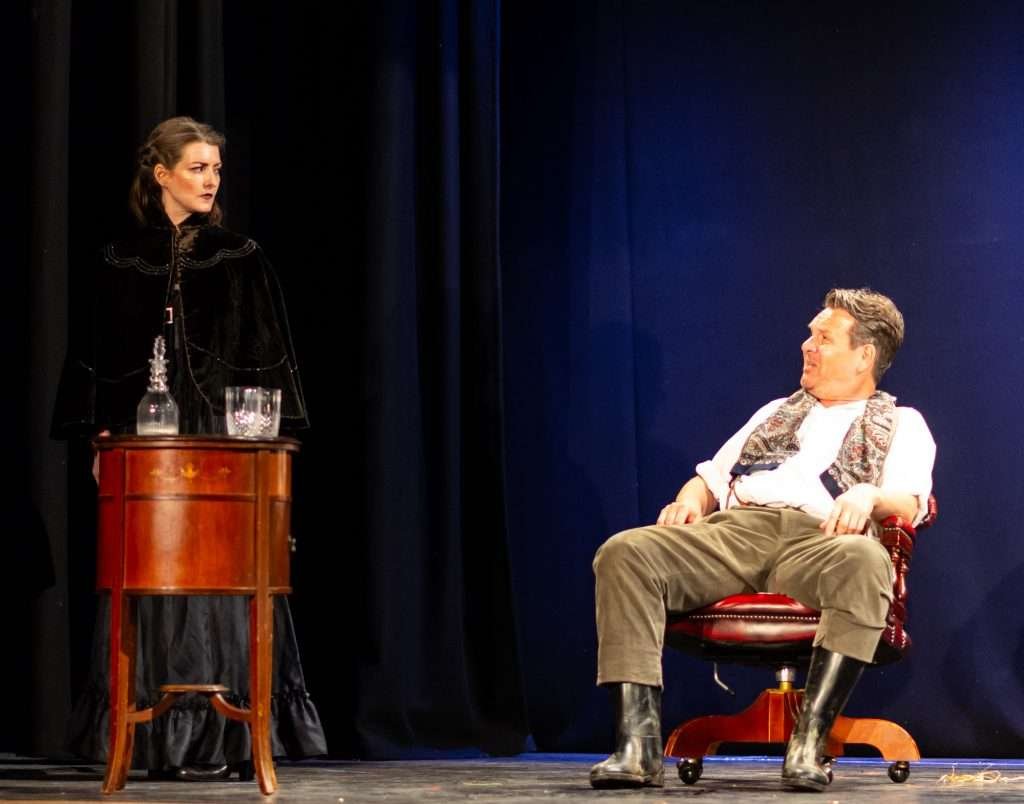 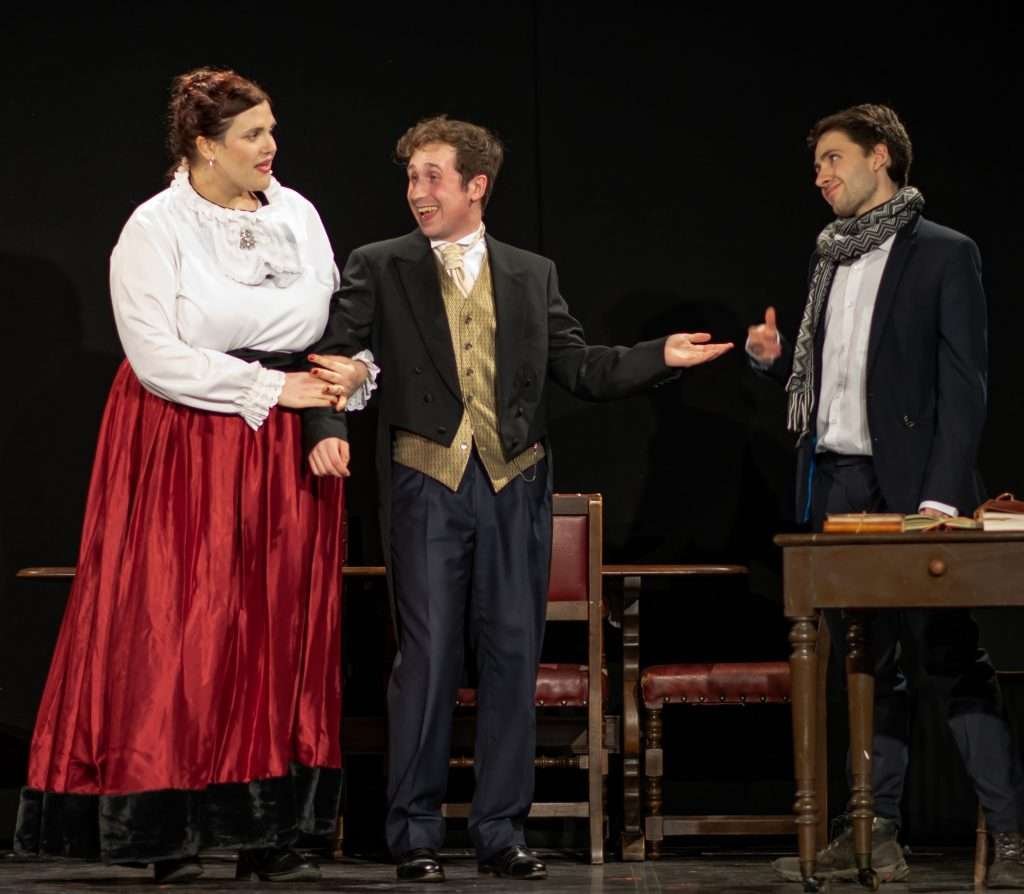 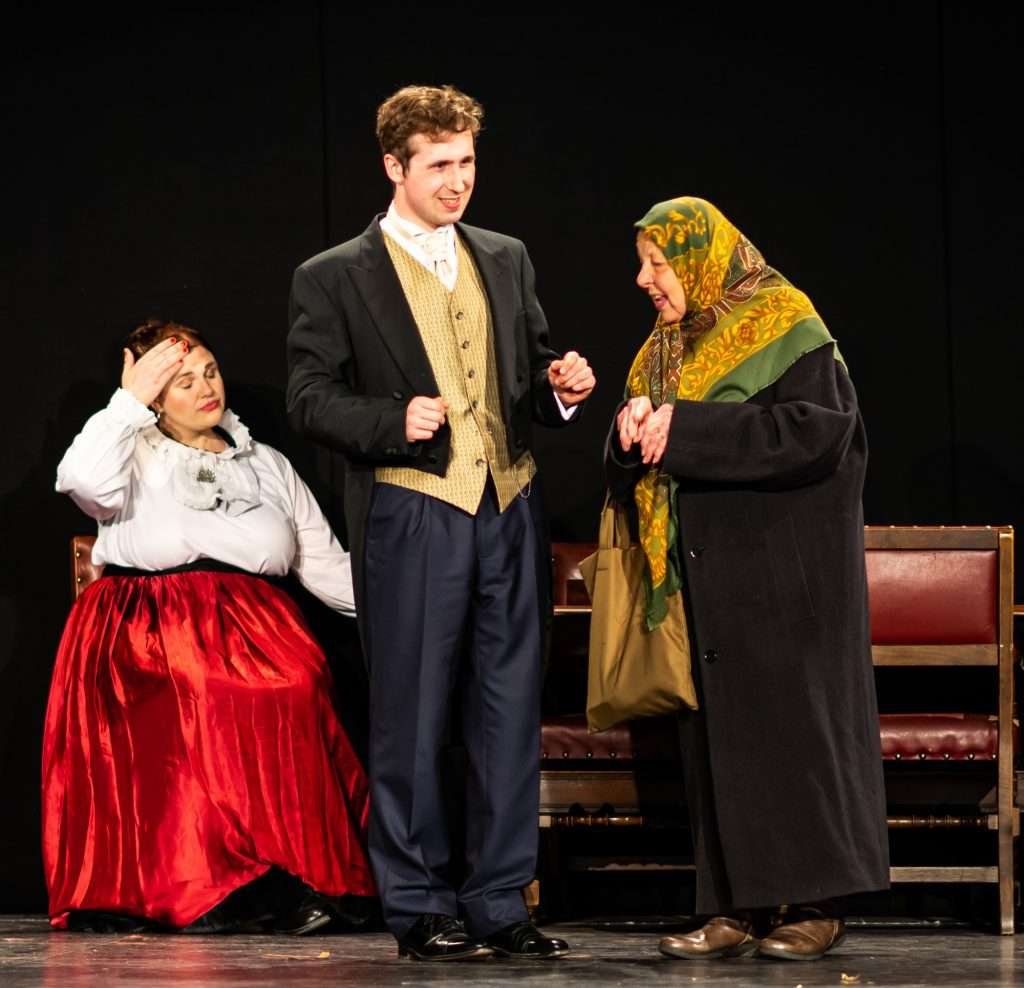 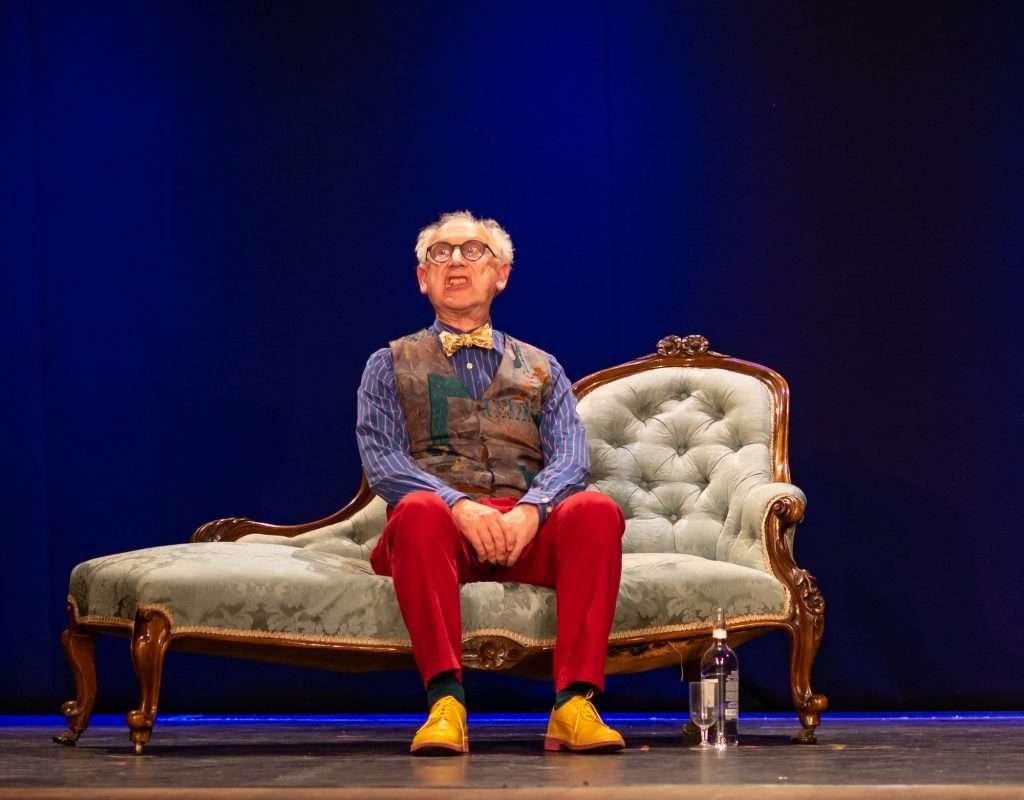 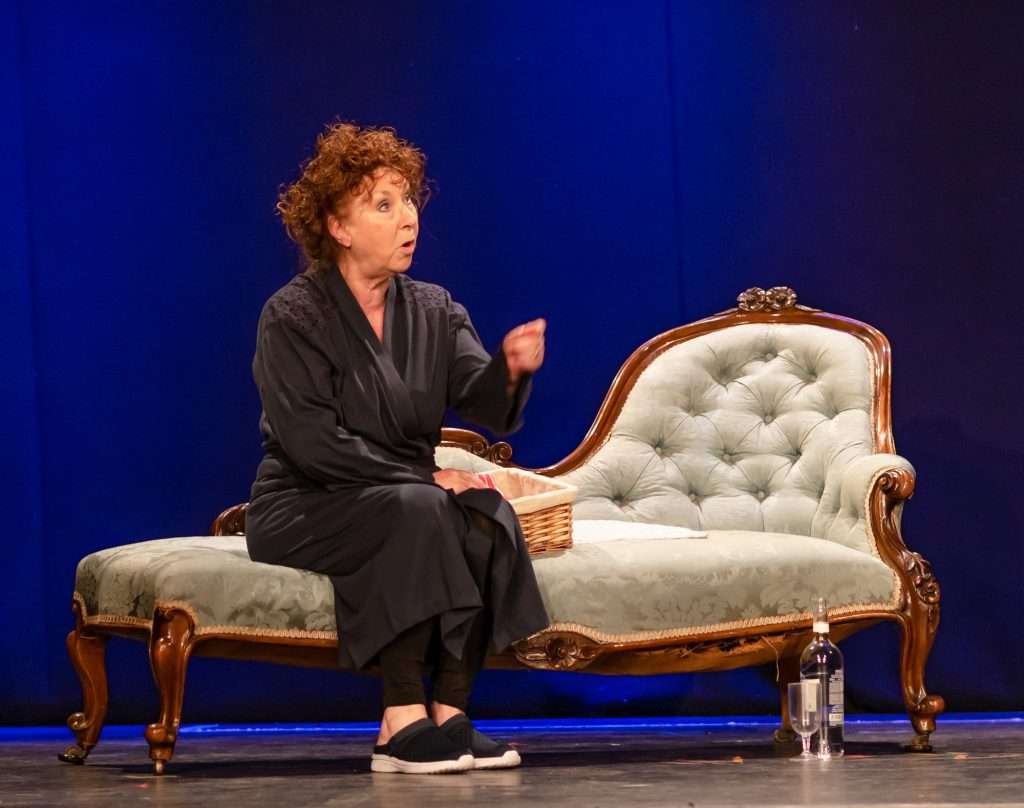