Show: The Merchant of Venice 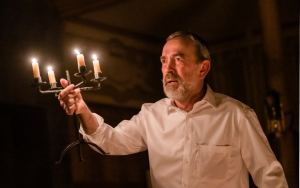 The Merchant of Venice

Judi Dench is on record as saying that she loathes The Merchant of Venice because none of its characters is likeable. I thought a lot about that as I watched Abigail Graham’s take on it because it’s clearly her point of view too.

It’s a modern setting with mobile phones and briefcases. Carnival in this version of Venice means sinister masks and a great deal of boozy hooliganism. And in amongst all this we have Adrian Schiller’s Shylock quietly trying, against a background of hideously aggressive anti-semitism, to make an honest living. It’s a nuanced performance which presents a man who is calm, dignified and reasonable – until he is pushed right over the edge by his daughter’s perfidy and the hatred of everyone he speaks to.

Against that Sophie Melville gives us the nastiest Portia, ever. She refuses to shake Daniel Bowerwank’s hand as Lorenzo because he is black. She belittles Jessica. She is furious with Nerissa  (Tripti Tripuraneni) for hooking up with Gratiano. She exploits her sexuality and she sadistically enjoys every moment of humiliating Shylock in court. She is so viciously rude, racist and self-interestedly loathsome that her sudden simpering passion for Michael Marcus’s overtly gay, money-grubbing Bassanio doesn’t ring true at all.

Michael Gould’s Antonio is utterly foul too. Apart from the physical affection he shows Bassanio he is relentlessly hostile in a distinctly National Front sort of way, growling abuse even as he begs a favour from Shylock. At the trial scene when he’s stripped to the waist awaiting the knife I felt no sympathy for him at all as he continues, even then, to goad Shylock by repeatedly muttering menacingly under his breath “come on, kill a Christian” as Shylock hesitates, knife shaking in his hand.

Every director makes cuts in Shakespeare partly to heighten some chosen emphasis and partly to keep the show to a manageable length. Graham has gone much far further than most. This show which runs just over two hours opens with the defection of Launcelot Gobbo (Aaron Vodovoz) to Bassanio’s employ from Shylock’s – that, for the record, is Act 2, scene 2. Eventually it doubles back to a very irascible Antonio lamenting his sadness but it doesn’t make narrative sense played in this order. Moreover, Graham cuts the whole of Act 5 – the usual return to Belmont and the business with mistaken identity and rings has gone completely.

Instead the play closes at the end of the Trial scene which works reasonably well with Lorenzo and Jessica present (despite their having been instructed to keep the home fires burning at Belmont but we’ll let that pass) so that she can have a surreally staged moment of repentant reconciliation with her father. It’s an interesting idea but a bit abrupt – nothing in her previous behaviour has hinted at this.

It’s a production full of pros and cons, It has its moments but it also  paddles in the tempting shallows of gimmickry. The four piece jazz band plays well enough but why is it there? Setting up the casket lottery as showy TV game show is a shallow for-laughs travesty. So is the silly wedding dance. And is the perpetual booziness of Venice’s young men supposed to excuse or explain their appalling behaviour? Why is Antonio coughing in a wheelchair at the trial scene? Every directorial decision should add something to the play. If it doesn’t then don’t do it.

I had similar reservations about the recent Measure for Measure and Hamlet in this venue.  It’s almost as if Shakespeare’s Globe no longer trusts its eponymous playwright to work effectively unless his work is cheapened and dumbed down for a 21st century audience. Yes, of course there are many ways of staging these plays and stressing the topicality but if you go too far you’re hoist with your own petard, as the Big Man said himself, because what’s left is not the play he wrote. 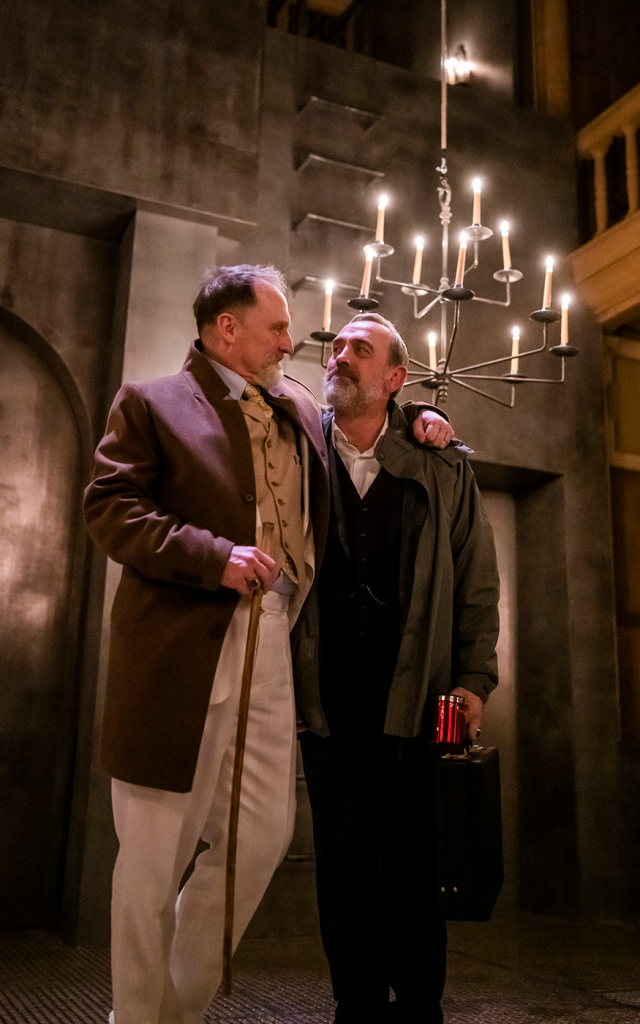 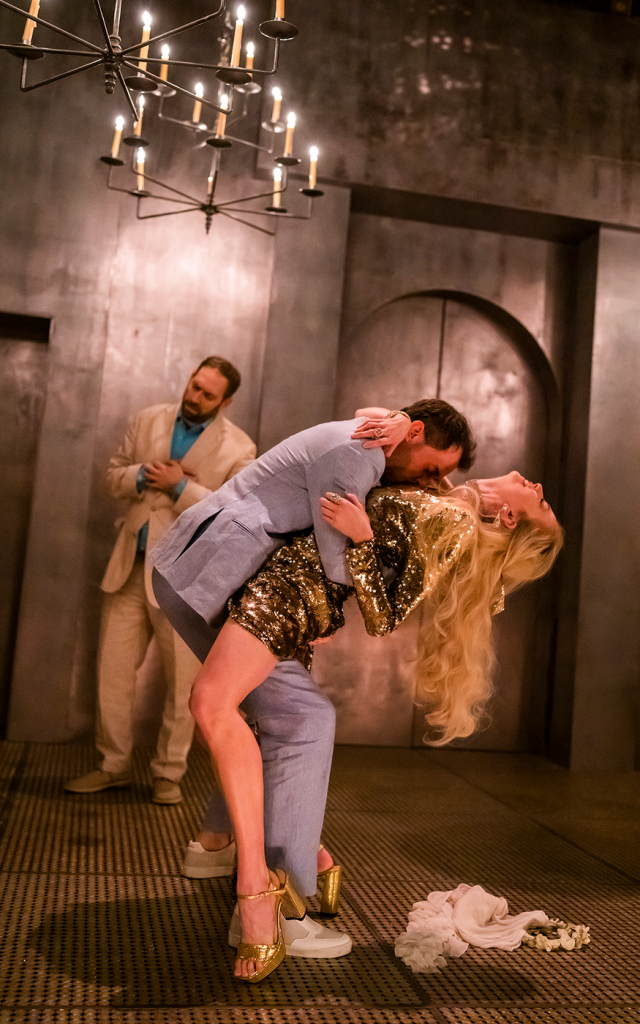