Michael Morpurgo’s gut wrenching 2003 novella bears all the hall marks of the things he cares deeply about – injustice and the futility of war for example. There’s even a tiny subplot about a redundant, condemned foxhound – another of Morpurgo’s issues. I’ve seen Simon Reade’s masterly adaptation before but last time it was done by an ensemble of 16 who formed National Youth Theatre Rep company in 2014 and there have been other productions before and since. This new production uses a very busy, hardworking cast of just six.

And in the performance I saw – a schools matinee with lots of excited Year 7s – the cast were working even harder than usual because they’d had Covid-positive problems immediately before it. Assistant director Imogen Beech gamely read in for Emma Manton and Tom Kanji took on an additional role. John Dougall should have had an extra round of applause. Not only is he on and off stage continually in eleven different roles anyway but at this particular performance he had to take a twelfth one. His accent work and ability to change both clothes and manner in an instant are fortunately very accomplished.

The story – widely read in schools – is about a young volunteer in World War One who is shot for cowardice. We sit with him (although there’s a twist just before the end because there are two Private Peacefuls – brothers from Devon) all night as the minutes tick away before dawn. He remembers his childhood, the death of his father, his special needs brother  and his common sensible mother who keeps the family going even when they’re threatened with eviction. Then there’s Molly, the local girl who is a good friend to both Charlie and Tommo.

Lucy Sierra’s craggy set with slatey side walks either side of a versatile drop and an adaptable horizon at the back becomes a river where the young people meet in sunny Edwardian Devon and then morphs into the horrors of the trenches. Dan Balfour’s sound design really points up the contrast too –  the immersive sound of shells is very loud and pretty convincing.

Daniel Rainford finds all the right boyishness maturing into an agonised young adult, for Tommo and Daniel Boyd gives Charlie  plenty of strength and dignity, especially at the end.

Frank Moon’s folksy songs highlight the muscular innocence of rural Devon and I liked the way director Elle While occasionally has her cast float into short physical theatre sequences with music because it adds to the idea that these are innocent young people – full of dreams for their future – who should never have been at war. And never let it be forgotten that, in real life, Earl Haig gave the order for over three hundred men to be shot for “cowardice”. Today we’d recognise their behaviour as extreme traumatic stress disorder. I’m glad all those 11 and 12 year olds I saw this with are learning about that atrocity though their reading and through drama. 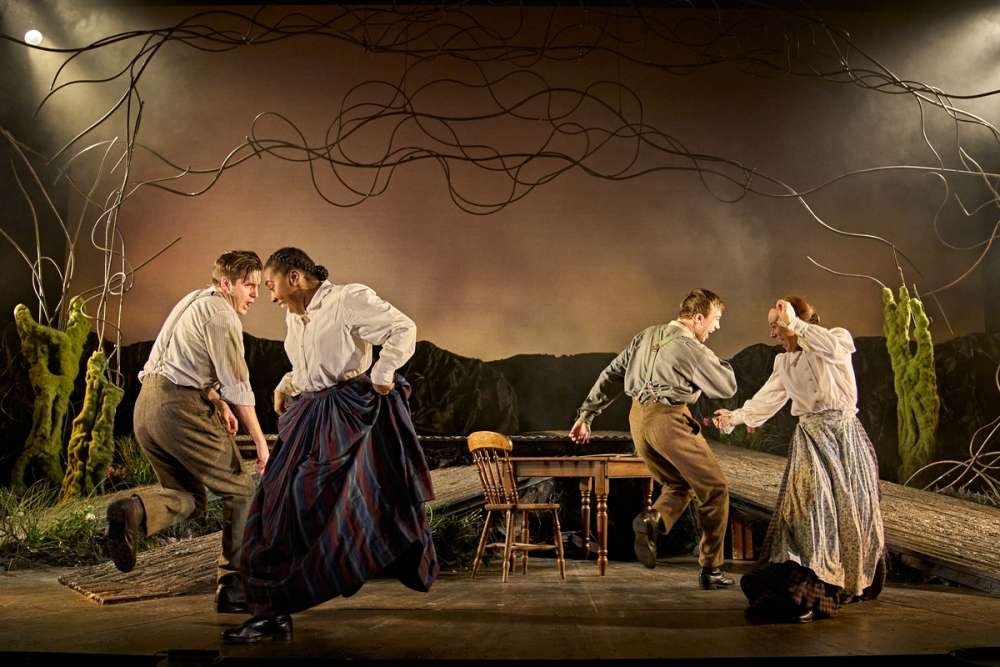