No Sardines reader needs me to remind him or her that Alan Ayckbourn’s 1965 hit is a terrific comedy. It’s immaculately constructed and with a fine cast, directed by Robin Herford – a long time collaborator with Ayckbourn – the piece is in very good hands. Every joke, nuance and misunderstanding is timed and delivered with practised aplomb – although the programme note makes me long to have seen the original 1987 West End production with Michael Hordern, Celia Johnson and Richard Briers.

We are, of course, not far from Brian Rix territory – which dates from the same era. It’s the comedy of misunderstanding in which – a refined form of dramatic irony – the audience sees through what the characters on stage are saying and doing and understands what’s really going on long before they do. Thus a raised eyebrow, a twitch of the lips, stunned silence or fixed smile all become hilarious. It’s old fashioned now but my goodness it still works. I haven’t laughed so much in ages. This mood-lifting old favourite is an ideal choice for a post Pandemic winter programme.

So, just in case, you’ve been in hiding for the last 56 years: The four hander play gives us two couples one young, and thinking about marriage, and the other middle aged with infidelity in the wings. Of course there’s a connection but no one tells the whole truth to anyone else. Three of the four scenes take place in the older couple’s glorious, sunny garden in the home counties to which the younger couple have come, separately, by train.

James Simmons as the older man, Philip, can communicate his exasperation, anxiety, embarrassment, cunning and a lot more with the merest flicker as he charges on and off in search of his lost hoe. And he turns running his hand through his hair or across his face into an art form.  Rachel Fielding, as his wife Sheila fussing with the accoutrements of prosperous middleclass life is a joy to watch too. She plays up to the stereotype but is also gloriously knowing when she stops dead, tray, coffee pot or whatever in hand and simply looks. We can actually see her thinking.

Christopher Bonwell’s disingenuous Greg is great fun. He does funny voices to cover his innocence and inexperience. You can see why Lianne Harvey as Ginny is taken with him – even as she gets ever further enmeshed in her own web of lies. Harvey brings seriousness to her muddled character and does a good line in shocked horror. All four actors work well together delivering this beautifully written dialogue to life on stage so that it’s as frothily funny as ever. I hope this enjoyable production will attract new comers to the play as well as old timers. 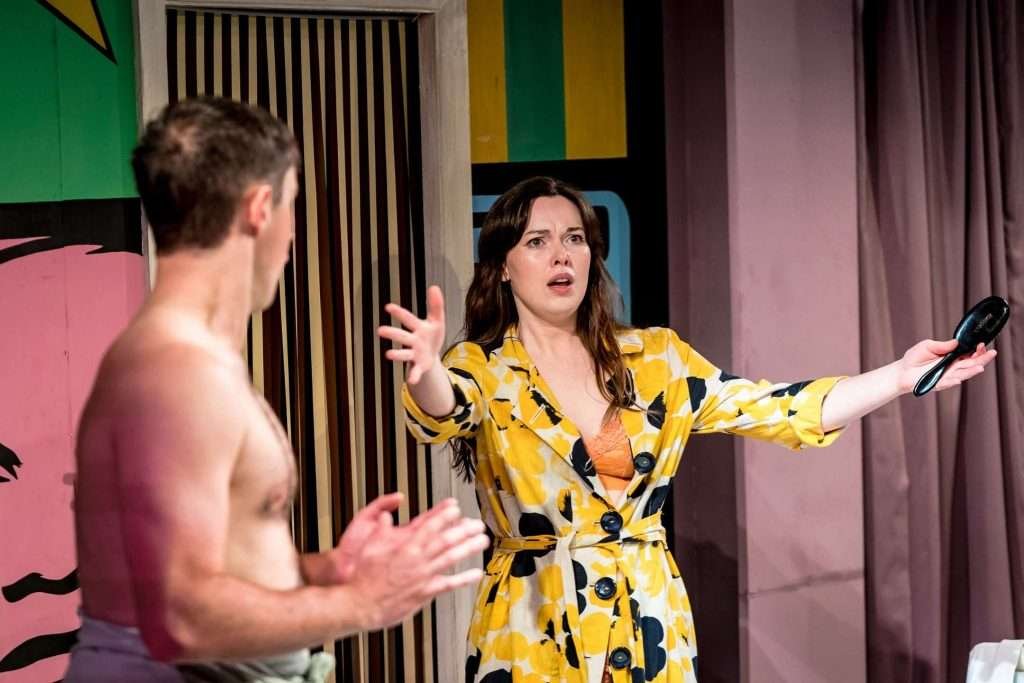 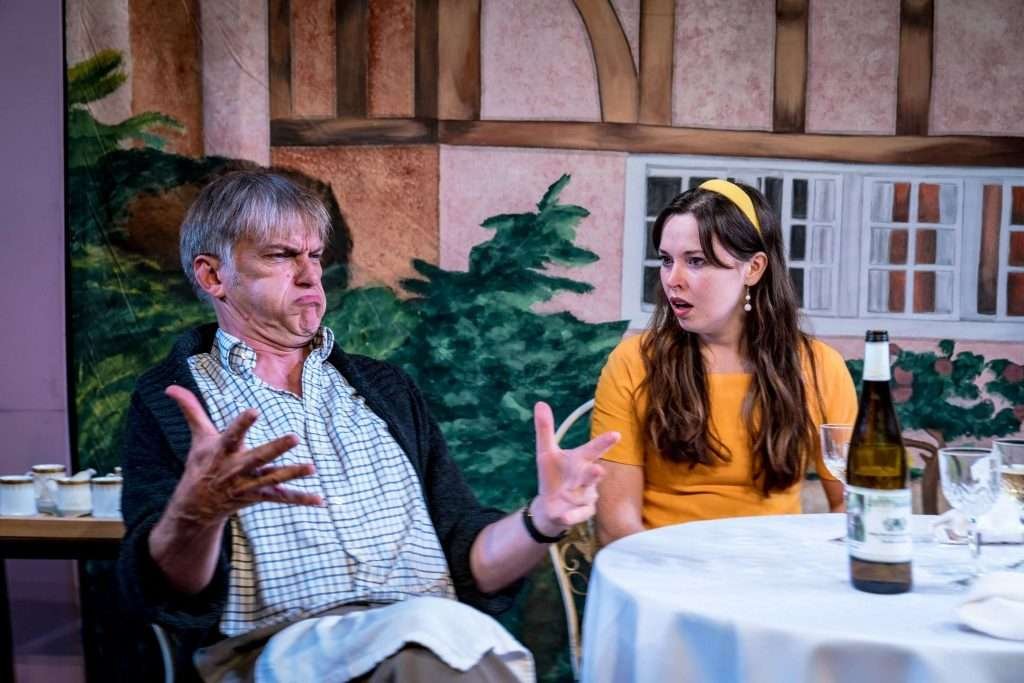 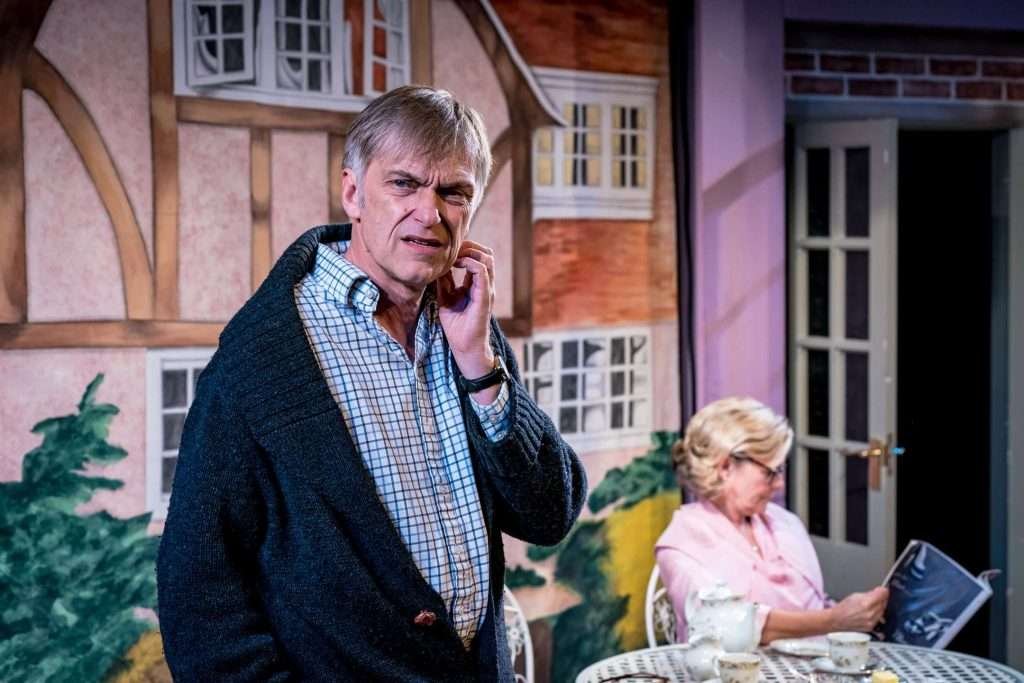 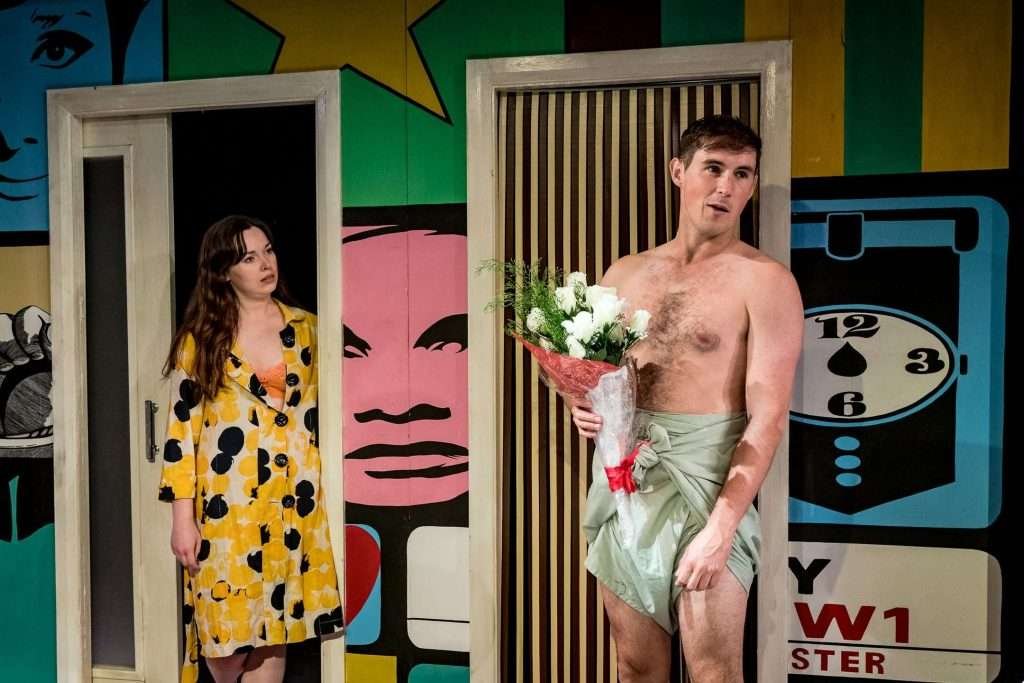 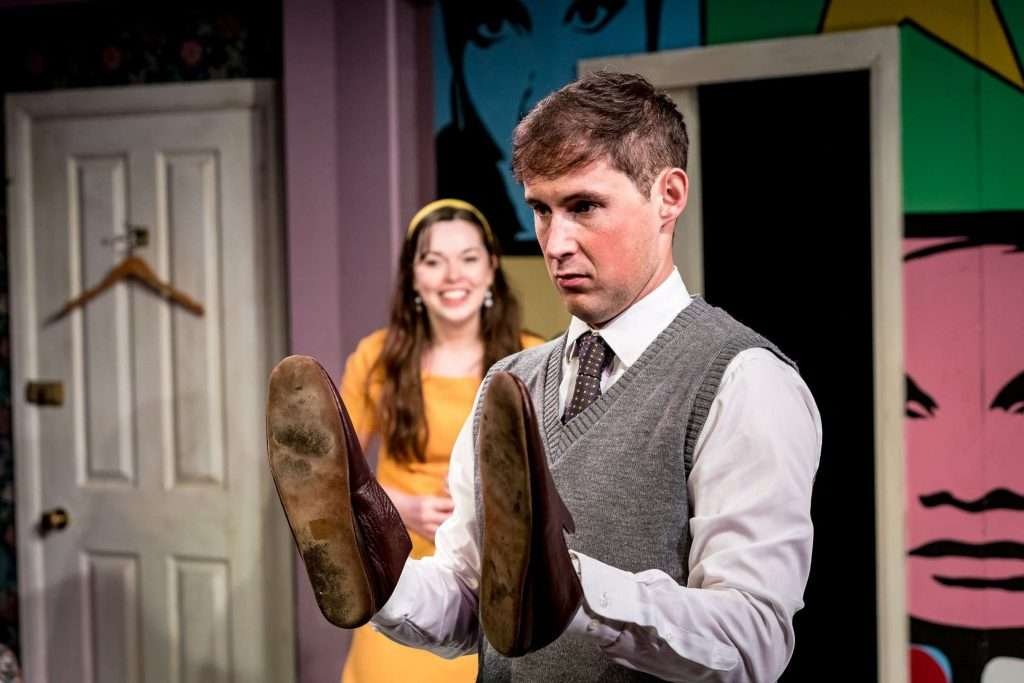 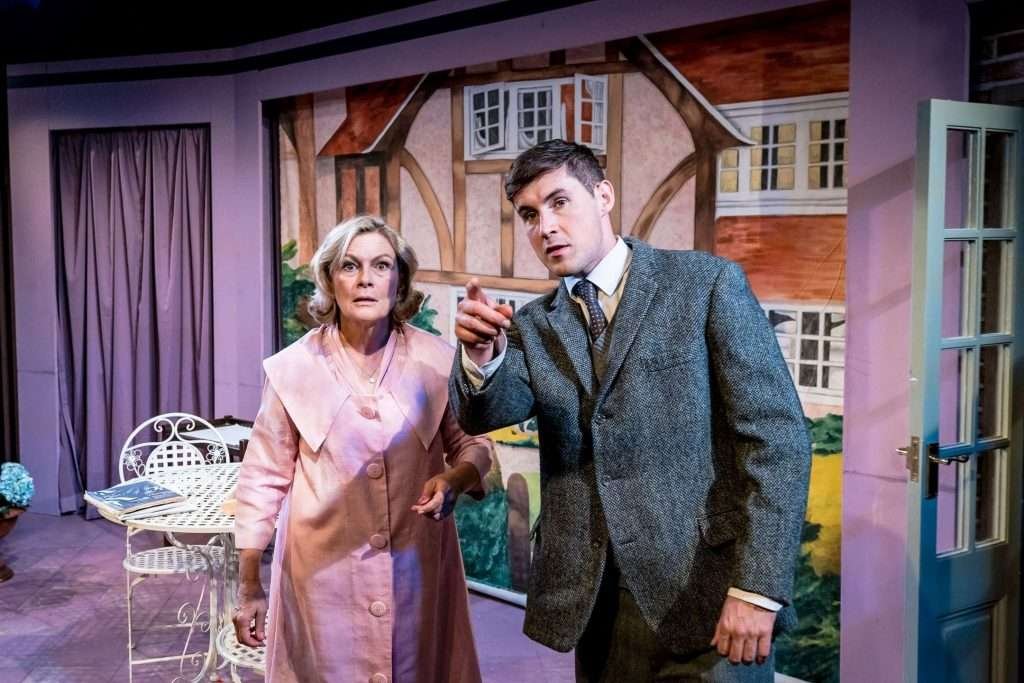 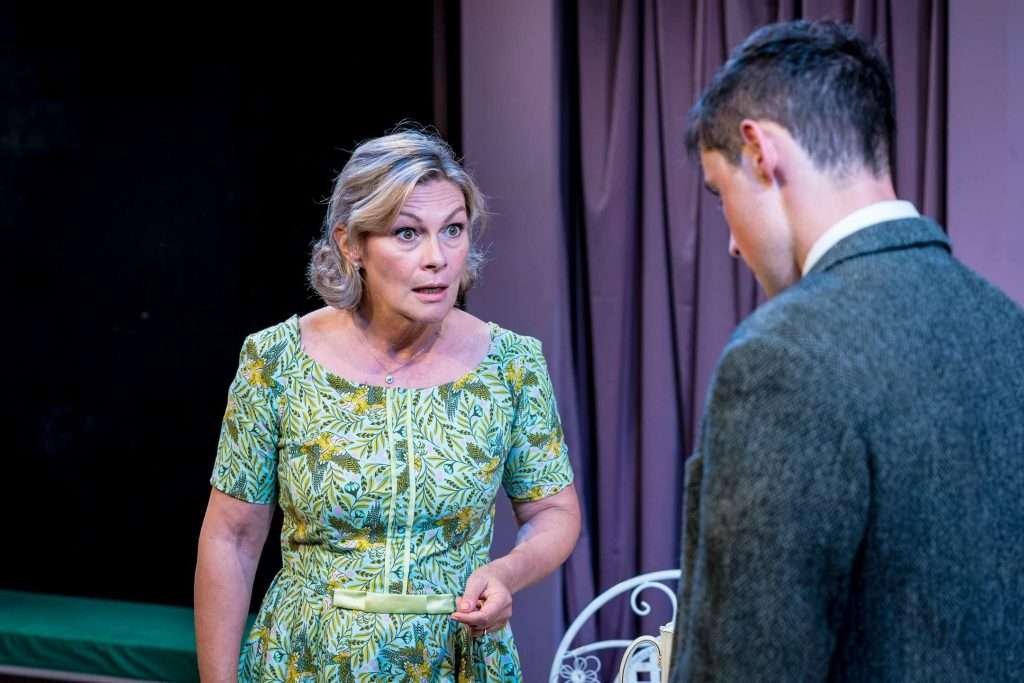