Credits: Adapted by Helen Edmundson, based on the novel by Andrea Levy

This show is an epic in the same way that Ben Hur or Doctor Zhivago are. It’s about huge numbers of people – whole races – and their movements during and after the war. I was impressed by Andrea Levy’s novel when it was first published in 2004 but it didn’t give me the sense of vastness that Helen Edmundson’s adaptation does with its cast of twenty-nine.

And that is partly down to director Rufus Norris’s use of the Olivier Theatre’s capacious playing space, the revolve and Jon Driscoll’s projections onto the arc-shaped back screen which provides, among many other things, archive footage, Jamaican jungle, docks, ocean and late 1940s cinema. It is all on a grandiloquent scale.

Hortense (Leonie Elliott) grows up in a comfortable if authoritarian family, not quite her own, in Jamaica and becomes a teacher. Eventually, in a bid to escape to what promises to be a better life, she marries Gilbert (Leemore Marrett Jnr). He leaves for England on MV Empire Windrush and she follows a few months later. Meanwhile, in England, Queenie (Mirren Mack) has got away from her parents’ Lincolnshire farm and butchery to London where she meets and marries Bernard Bly (Martin Hutson) who has a house in Notting Hill. It is to Queenie’s run down house that Gilbert takes Hortense to live in one squalid room. This is a very long show. It takes nearly two hours to get them to England. The second act explores the difficulties and racism faced in Austerity Britain alongside a pretty compelling plot with unexpected twists. 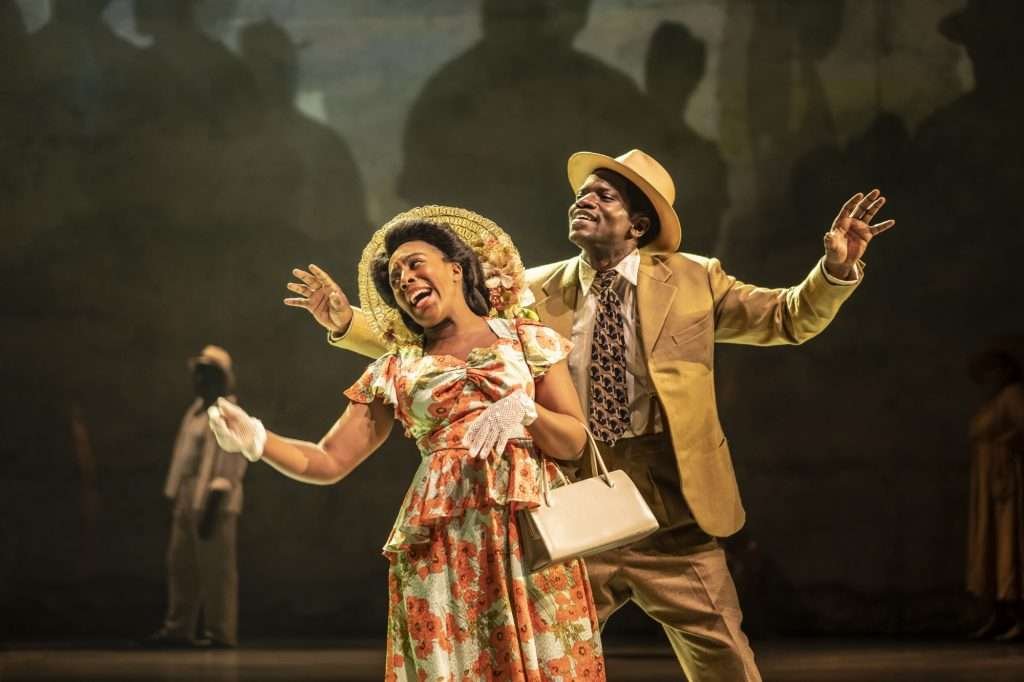 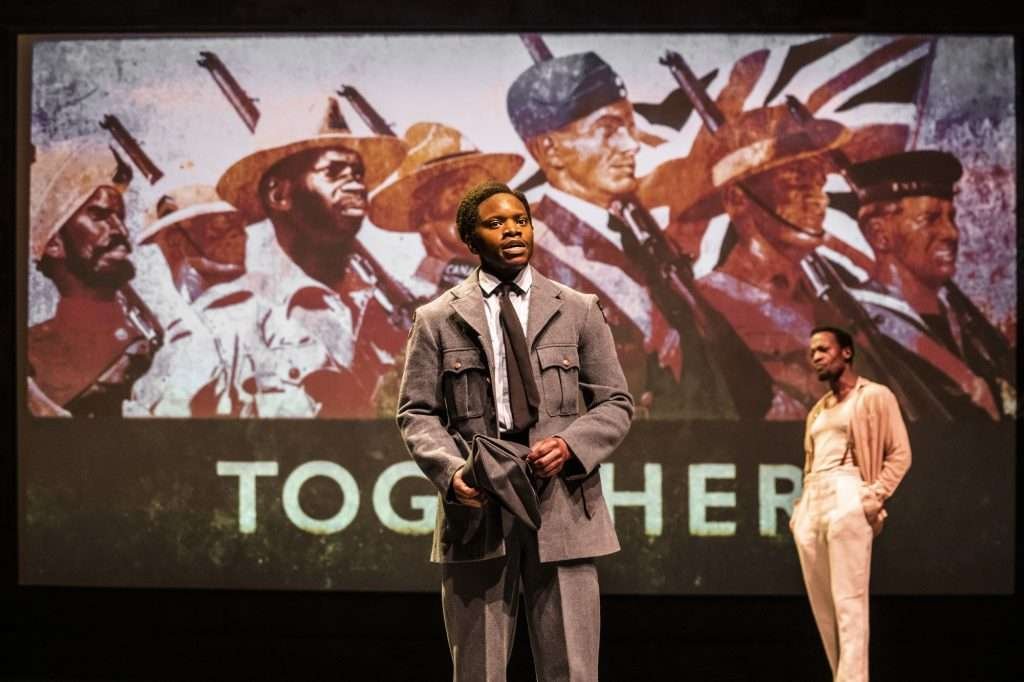 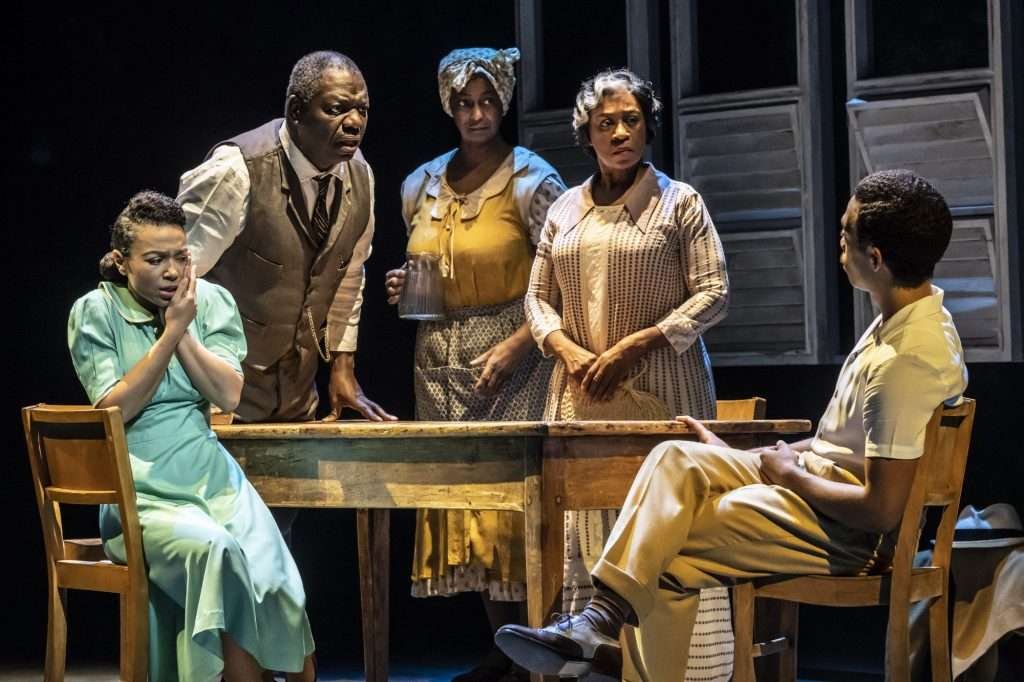 The contrast between the colourful luxuriance and drama of Jamaica (splendid hurricane) and the dull greyness of London with its ration books, gas meters and grubbiness is neatly pointed up not least by the outrage Elliott finds in Hortense. She can communicate horror, distaste and disappointment merely by turning her head a millimetre and raising her chin and she has a very elegant way of holding herself as she struggles to rise above her many problems. She can be funny too. There’s an enjoyable scene with Mack towards the end: high drama with a happy outcome. She can also be warm and poised. It’s an outstanding performance in a massive role – she’s rarely off stage in three and a quarter hours.

Marrett Jr does an impressive job too. He starts as a bit of a jokey good time lad but his character gradually develops and matures in England – dealing with the abuse (every foul word you can think of is thrown at him) and trying to be realistic. The dignified speech he makes when, at last, he  stands up to ghastly Bernard is as fine as Shakespeare’s “Hath not a Jew eyes?” and you can see why Hortense finally falls in love with him. I would have done too.

This show, with its big cast, is very much an ensemble piece with lots of walking in shadows upstage to evoke a sense of big crowds. Dozens of minor roles emerge from this. Rachel Lumberg, for instance, does an lovely Miss Todd – the middle class neighbour who is appalled by Queenie’s having “coloured” lodgers and  David Fielder is a convincing shell shocked Arthur, Bernard’s father.

In the early scenes two children (three are cast for each role) play little Hortense and little Michael,  Hortense’s cousin. The two at the performance I saw were, unfortunately not very clear or audible.

This show is moving anyway but two things add to its poignancy. First Andrea Levy based Hortense and Gilbert partly on the experiences of her own parents. Second, it is sad that Andrea Levy, although she was fully involved almost to the end, died of cancer a few months before Small Island was first staged in 2019.

Small Island is the sort of show that – even when you see as much theatre as I do – gets under your skin and leaves you in reflective mood. 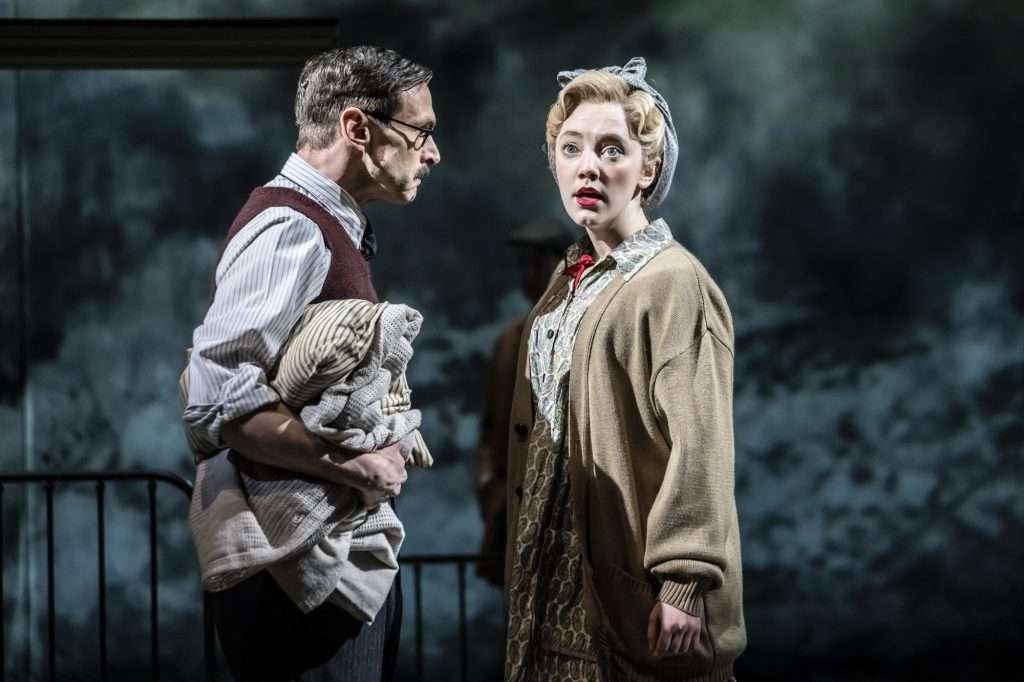 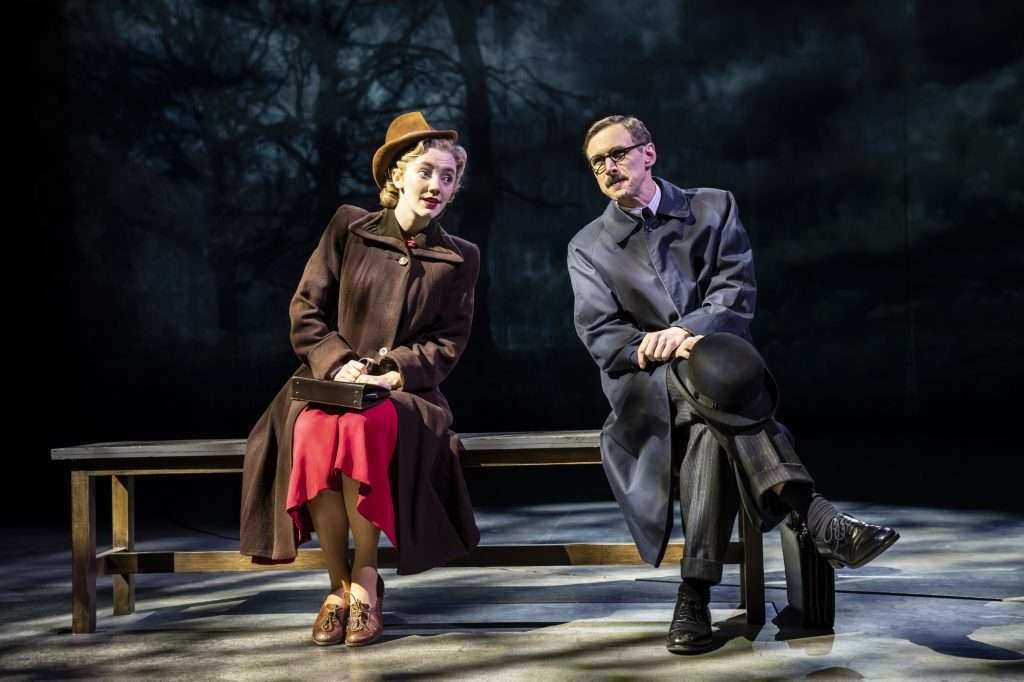 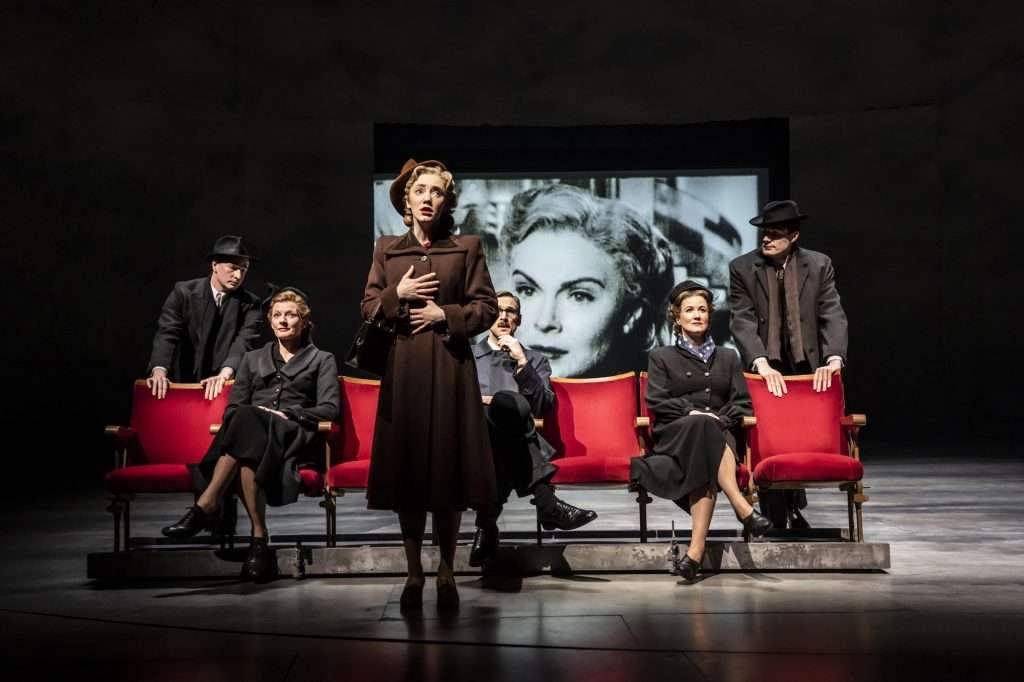 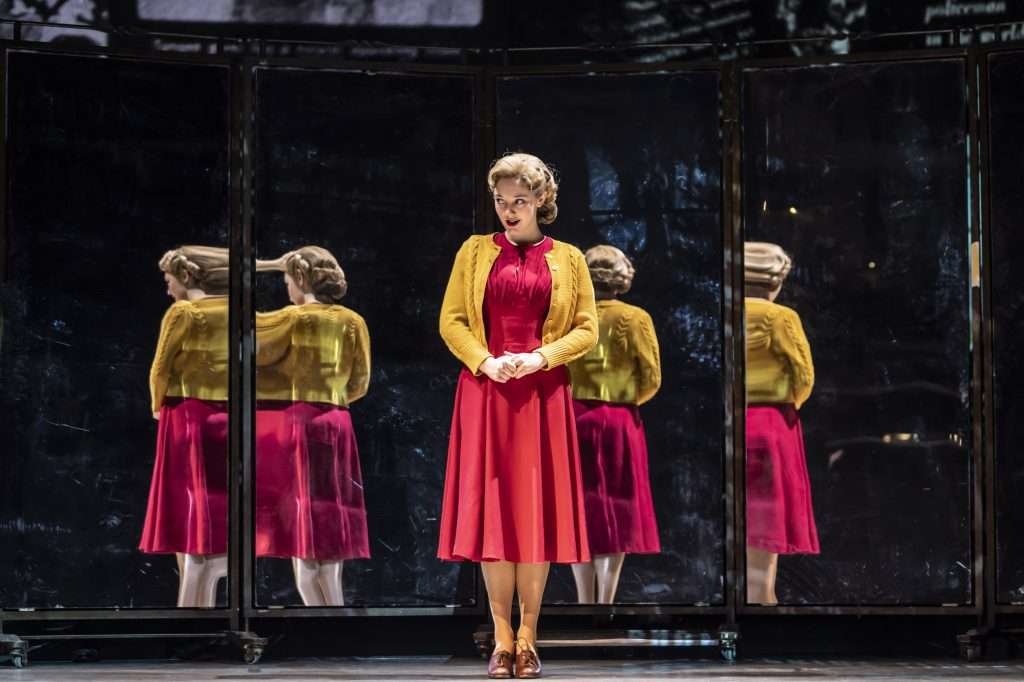