Many women despair over snoring husbands. It leads to anguish, anger and separate bedrooms. Not me. The excellent news is that My Loved One has started snoring gently and I couldn’t be happier because it means that he is well and truly asleep. The change is all down to our lovely GP, Dr K.  Although we’re in a group practice we’ve seen Dr K several times recently so we know him and he knows us. I now regard him as “ours”.

I told Dr K that if he didn’t help me find a way of stopping MLO and Ms Alzheimer’s keeping me awake for hours every night with their nonsensical chattering and fidgeting, then he’d soon have two pretty sick patients on his hands rather than one. He has really pulled the stops out, consulting a specialist colleague about what drugs can be taken alongside the Alzheimer’s medication and then ringing me to see how we were getting on. Anyway, at the second attempt, we have found something which works. I give MLO the capsule to swallow mid-evening. By the time he’s washed, dried  and tucked up in bed between 10 and 11 he drops off instantly. Within a few minutes the snoring starts and I’m punching the air in glee. The result of this is that during the last week I’ve started, after many months of badly broken nights. sleeping for six, seven or eight hours. Result?  This blog is being written by a New Woman.

It’s not the only thing which has improved either. Both my regular carers have agreed to get MLO showered and into bed before I get home when I’m out reviewing and they’re doing a man-sitting shift. This feels like Christmas and my birthday rolled into one each time it happens. Instead of facing an hour’s hard labour with a by-then tetchy man at the end of the day when I’m tired, I can get myself straight to bed or, if I feel like it sit and write the review  in idyllic calm.

One of my carers has also agreed to do two morning slots for me on a regular basis from this week so that I don’t have to spend the first hour of the day tending to someone else’s personal hygiene. I’m determined to do something useful with that time. I hope to ring fence it for violin practice. I’m always saying that it too often gets squeezed out.

So all in all I’m feeling quite positive at present. It’s amazing what a few decent kips can do.

Meanwhile, of course, although my life has improved a little,  MLO’s illness certainly hasn’t and won’t.  Everything about Alzheimer’s is miserably cruel and in our case there seem to be loads of Parkinson’s symptoms as well:  loss of muscle tone in various parts of the body including throat and swallowing so that he coughs continually, for instance. He does a lot of “freezing” too – stopping mid-action because he can’t remember what he’s supposed to be doing – sitting down on a chair or walking round the bed, say – and even if he can his brain isn’t sending the right messages to his limbs.

And I strongly suspect that he’s often much more confused than I realise because if he doesn’t say anything I don’t know what’s going on in his head. Last Thursday, not long after he woke up, I said “Oh by the way, there was some lovely news last night from the Wilders [not their real name]. They’ve got their new grandchild, a little girl”. I had forgotten myself and was chatting normally and naturally.

Now Philip Wilder, with whom MLO was at school, and his wife are some of our oldest friends. Well he didn’t say much. A few minutes later I started the getting up routine with him.  By then he’d clearly completely forgotten who I was. When I pressed him he said brightly. “You’re Philip Wilder”. The confusion lasted much of the day. Half way to Chichester in the car to see and review Plenty he accused me of being a doctor. He was burbling about a girlfriend he had for a few months nearly 60 years ago when he and I were still just friends too. He thought I was her.  Upsetting? I don’t allow it to be. I just smile and wonder what persona he’ll assign to me next. But if any indication that he’s slipping down hill at speed were needed, there it is.

His walking ability is waning fast too. Thank goodness I bought the wheelchair when I did because it’s proving very useful indeed and means he’ll be able to get to a few more plays and concerts – not that he shows much interest but I feel instinctively that it must be better for him to be out and about than not.

As long as he goes on sleeping so that I can too, then somehow I shall cope.  Long may he snore. 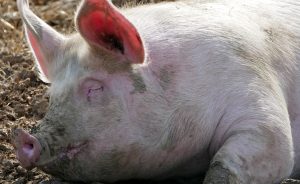