The English Folk Dance and Song Society and Cecil Sharp House have long occupied a special place in my heart. My father, Ken Hillyer, led The Southerners band and in the 1960s and 70s they played regularly for Saturday night dances at “The House” or “C#H” as it was always written in my mother’s diary. There were other events and activities too, including rehearsing for the annual festival in Royal Albert Hall and I was frequently there –  quite often fiddling alongside my father.

In adult life, of course, I’ve become involved with theatre so it is a real pleasure to see EFDSS imaginatively linking folk music with theatre. It has commissioned – with funding from Music Development Foundation’s Talent Development Partner Scheme – a project to translate traditional folk ballads into drama.

Armed with a £4,000 bursary, Lancashire-based Horse and Bamboo Theatre are developing the piece with singers and musicians, Bryony Griffith, Kate Locksley, Ewan McLennan and John Kirkpatrick. Of course there will be puppets too (aren’t there always these days?) and Gretchen Maynard-Hahn is the puppeteer. It promises to be a “performance somewhere between an evening at the theatre and a music gig” as Horse and Bamboo’s producer, Esther Ferry-Kennington puts it.

The really good thing about this, I think, is that it should help to widen access and “reach”. It will expose some people who habitually go to music gigs to theatre and vice versa. Hurrah. We all need easing out of our comfort zones. There’s so much to discover on the other side.

The Theatre Ballads, co produced by EFDSS, The Met Bury and Colston Hall Bristol, debuts at Cecil Sharp House on 23 March. Then there are performances in Bristol on 24th and Bury on 25th. 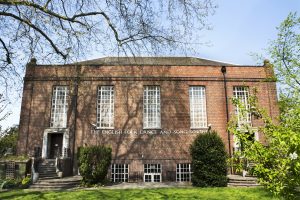