What a strange piece Cosi fan tutte is. In a way it covers the same ground as A Midsummer Night’s Dream – sexual licence and the temporary (?) hots for the wrong person. Yet the ambiguity of the message makes it seem very different. It’s almost tragic rather than comic. Oliver Platt’s directorial emphases in this enjoyable production, for example, left me feeling deeply sorry for the duped women and I don’t always. 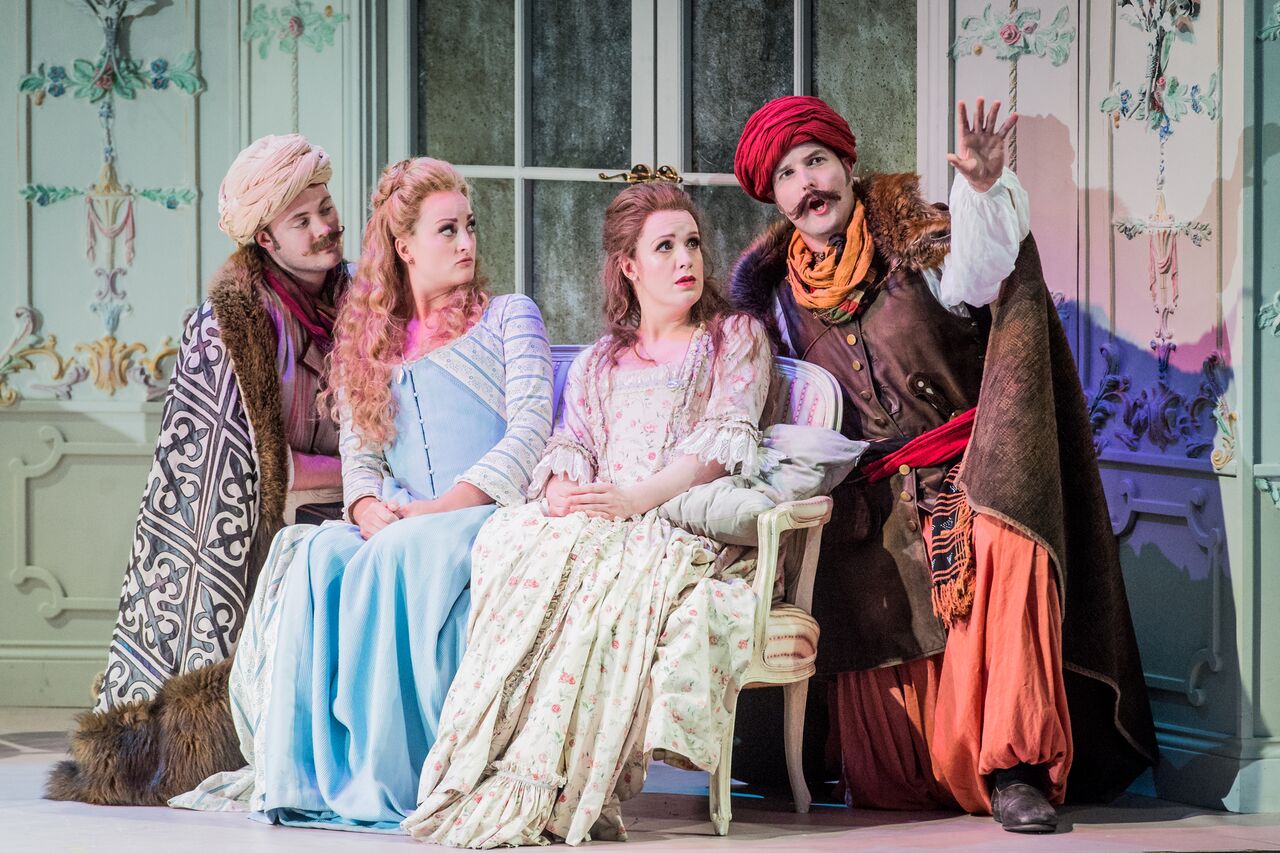 Despina, the knowing maid who assists in the duping, is undoubtedly the best female role and petite Sarah Tynan made a fine job of it – hitting all those soaring high notes with aplomb and adding lustrous warmth to numbers such as the glorious sextet which ends the first half. She’s also very funny disguised as both the doctor and the notary.

Peter Coleman-Wright’s Alfonso has plenty of scheming gravitas as he sets up his two friends to find their fiancées unfaithful – and his 6/8 patter song as he backs out of the door with Despina is pure Mozartian fun. Then the four young lovers: Eleanor Dennis, Kitty Whately, Nicholas Lester and Nick Pritchard all sing well both together and in groups with Dennis’s second half aria being a particular high spot. The farewell quintet before Lester and Pritchard’s characters pretend to go off to war is another gem delivered with tender warmth here.

Opera Holland Park’s playing space is almost traverse theatre and it’s vast so most designers find ways of confining it to a smaller area and Alyson Cummins is no exception. Her main, rather ingenious set is based on a huge hinged, five facet flat positioned centre stage, which represents walls with doors and windows. It’s decorated with pastel wall swags in relief which looks strikingly pretty.

Her costumes are good too – firmly in period with the men in gorgeously colourful velvet breeches and elaborate 18th century beehive wigs which make them look ridiculous even before they disguise themselves as lustful Albanians. It’s a pity that Kitty Whately’s dress is quite so frumpy but it’s a small point. She is so convincing as Dorabella that I soon stopped noticing it. 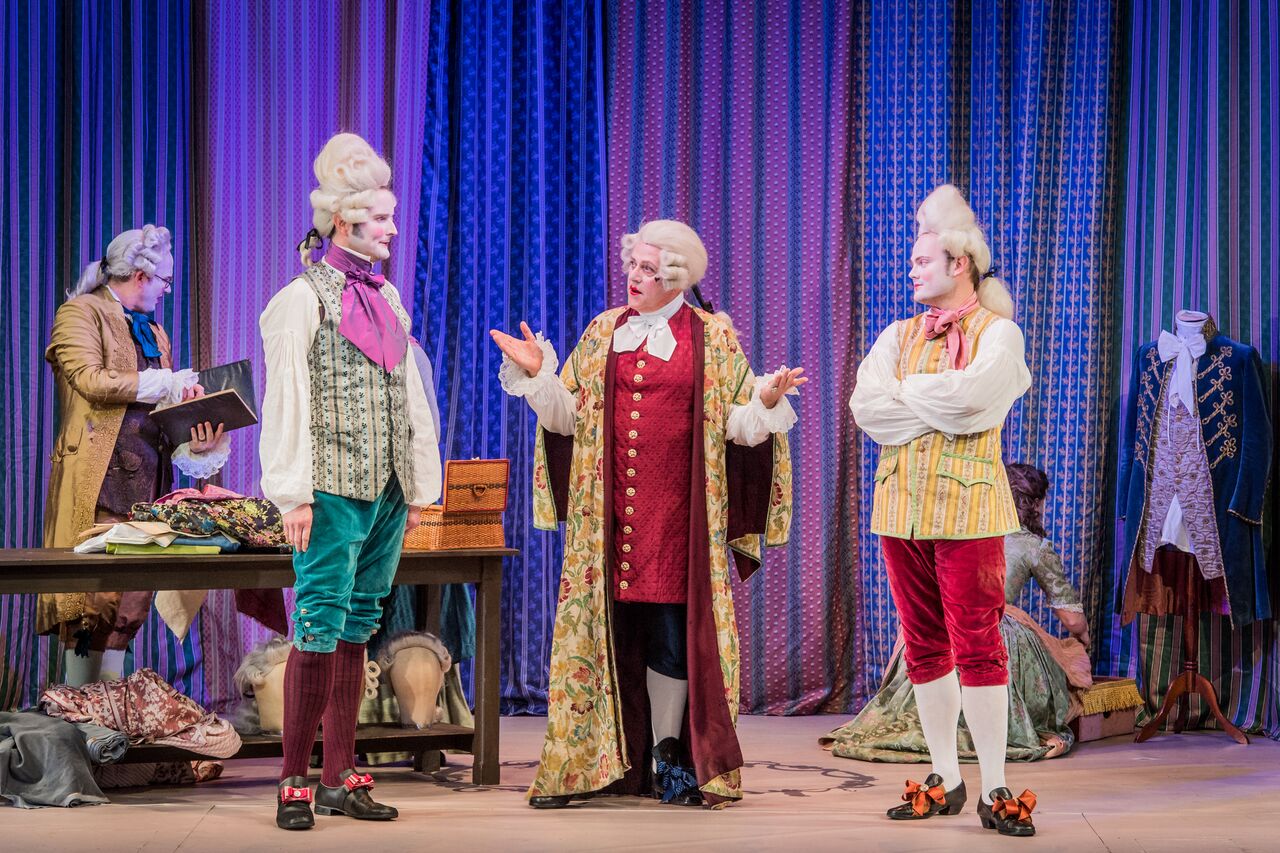 In many ways the real star of this show is Dane Lam who works musical miracles in the pit. A highly charismatic, left-handed, word-mouthing conductor, he ensures that not a nuance in the music is missed. We hear every bassoon and clarinet solo with clarity, for example. And I liked the work of both timpanist, Scott Bywater using hard sticks and of Stuart Wild who plays the harpsichord continuo with delightful responsiveness. The latter makes the recit passages sound as it they really are simply conversations.