Paul Fincham, composer of The Little Princess, which premiered at Garsington Opera at Wormsley this summer invited me to this private recital by Serbian pianist Ljubica Stojanic in his Islington home. I joined about 30 other like minded people – mostly Fincham’s friends, colleagues and people who sing with him in the London Philharmonic Choir. 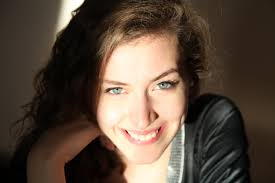 It’s a novel joy to hear and enjoy salon music played in a salon. We sat in rows at one end of the house’s large all-through sitting room which Fincham uses as a studio and music room. Stojanic played Bach’s French Overture in its rather lovely entirety including all the movements which are usually omitted. With the piano lid open and Stojanic facing her audience it became a very engaging experience because we felt the music with her intimately.  I admired the way she managed the varied moods, time signatures and tempi with thoughtful silent links. She is, moreover, mistress of Baroque decoration. Rarely have I heard so many grace notes and turns.

Then we repaired to Fincham’s generously proportioned kitchen/dining basement area for a delicious supper (some of the best vegetarian food I’ve ever been offered) before going back upstairs and fast-forwarding nearly 300 years for Rachmaninoff  Preludes Op 23. It was a good choice because they’re a varied set of pieces and Stojanic gave us plenty of colour and mood change all played with precision and warmth. She ran very dramatically with the famous, bouncy number 5 in G minor which worked particularly well after the more lyrical one which preceded it.

The great advantage of hearing this music in a very small space (and with an informed audience) is that you can really hear and appreciate the slow dying away of notes at the end of sections until the release of the sustaining pedal. It fosters attentive listening.

All in all this was a very congenial informal recital and I hope we hear a lot more of the talented Stojanic, still only 24, in the future.