Last week I saw The Wind in the Willows at the Palladium on press night. Did I see the same show as, for example, Dominic Cavendish, Ann Treneman and Michael Billington? Apparently not. The show they saw was insipid and uninspired in a two or three star sort of way. The one I enjoyed and admired was vibrant, uplifting and fun. You don’t go to a musical based on an iconic of-its-time 1908 novel about friendship in search of something ground breaking – or at least I don’t, even when I have my reviewer’s notebook in my hand. You go for escapist Edwardian nostalgia far away from the ugly concerns of 2017. And this show packs several charismatic performances (Rufus Hound, Simon Lipkin and Neil McDermott, for instance) on imaginative sets with plenty of strong songs and terrific choreography.

It’s proof, if ever we needed it, that every audience member interprets the show for him or herself and every individual’s experience is different. It also reminds me of a column the Gramophone magazine used to run called Meat and Poison. Two critics wrote diametrically opposing reviews of a performance or new recording, thereby making quite a useful point about the value of criticism.

Of course criticism is likely to be better when it’s informed,as seasoned critics often point out, but how can that always be? Even Kenneth Tynan and Michael Billington must once have seen Macbeth or The Cherry Orchard  for the first time. Of course you should always do your homework before seeing an established play which is new to you (read the text and something about performance history) and conscientious critics do just that. When it’s something like The Wind in the Willows which we’ve all been reading all our lives, and of which many of us have seem many stage and other adaptations, you simply turn up and take the show on its own terms.

You must also learn to “keep your head when all about you are losing theirs” as Kipling put it. At a big, noisy press night such as last Thursday’s the Palladium was heaving with agents, actors and friends of the 100+ creatives. Yes, I am a seasoned old pro and I can remain detached from all that excited, whooping supportive enthusiasm and the exuberant leaping onto feet at the end. Nonetheless, I really do think that  the Wind in the Willows is fine show which I predict will appeal to families for some time, despite the high West End pricing. Sometimes the public wisely ignores the professional press – the original reviews for Les Miserables were very lukewarm for example. More recently, so they were for Half a Sixpence at Chichester last summer. I predicted in print that the latter would transfer and be very successful. Who was “right” in the end?  Reviews are not necessarily the best predictors of success and there are no rights and wrongs.

And sometimes of course, it matters not a jot what the critics say anyway. Remember that dreadful Antony and Cleopatra directed by Sean Mathias at the National in 1998 in which poor Helen Mirren had to do her best alongside a very weak (in this particular show) Alan Rickman? Their names had sold almost every ticket before any reviews appeared so what price the influence of professional criticism? Something similar happened when Ewan McGregor played Iago – very weakly –  at the Donmar Warehouse in 2007 although that production of Othello did help to put Chiwtel Ejiofor on the map.

It’s also worth remembering that, in the end, however informed and wittily written or ill informed and sloppily written a review might be it is simply one person’s opinion. Mine, of the Wind in the Willows will publish in Ink Pellet next month. 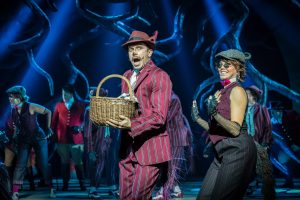