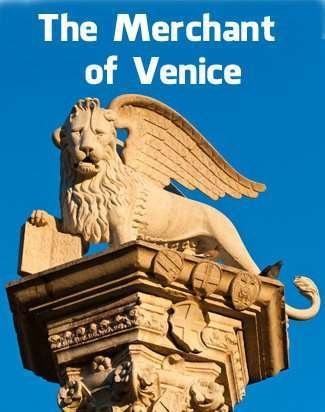 Show: The Merchant of Venice

The Merchant of Venice

We’re very clearly in Italy – with espresso coffee cups, red wine street noise, a swimming pool and some very stylish clothes. And to signal that it’s the 1930s we start with soldiers marching under an Italian Fascist flag. But it’s not a gimmicky production. The textual cuts are just enough to keep it fast paced and almost every actor speaks the lines with clarity and conviction so that the story telling is as clear as I’ve ever seen it.

The Merchant of Venice is a widely misunderstood play which many people dismiss as racist. In fact it is a play about racism and therefore arrestingly topical. Moreover, it’s always a treat to come back to in my view because it’s one of the best structured of all Shakespeare’s plays.

There is a much to like in Tower Theatre Company’s take on it. Nisha Emich’s Portia is reminiscent of Michelle Dockery’s Lady Mary in Downton abbey, darting from bitchiness to warmth and from total command in the trial scene to her return to Belmont and union with the man she fancies. It’s a very plausible performance.

Ian Recordon resists all temptation to present Shylock as a stereotypical villainous Jew. Instead we get a reasonable, be-suited old man trying to make a living in a city which loathes him and his kind. One feels faintly surprised at his sense of humour in coming up with the bond idea in the first place. It is only after the appalling desertion of scheming thieving Jessica (Cymbre Barnes – gently good) that the worm turns and he becomes vindictive  for which no reasonable person could blame him.

I liked Nick Hall’s take on Antonio too – a world weary Merchant and “tainted wether of the flock”. Yes, he’s probably a gay man in love with Bassanio but director David Taylor and his cast don’t stress that especially. We feel his pain strongly at the end as the three couples smooch-dance into the dawn and he is left alone.

Other noteworthy performances include Rahul Singh, a natural comedian I suspect, who coaxes every possible laugh out of Launcelot Gobbo. Dale Robertson – looking very much like Freddie Fox – brings an appropriately untrustworthy dimension to Bassanio and Alison du Cane and Fiona Costello are good value as Solania and Salania enjoying Shylock’s predicament and sharing their gossipy tabloidesque headlines with each other and the audience.

Peter Foster’s set is neat too: based on two rows of moveable boxes which look vaguely like weathered marble and can be pushed round the stage to suggest almost anything. And what a good idea to turn the caskets into a mechanical musical device so that they teeter forward each born by a black clad figure.

I enjoyed this show for 139 minutes categorising it in my mind as a very decent, watchable show of its type – and therefore three star. It was the final 15 seconds which won it the fourth star. I won’t spoil it here but it hit me right between the eyes and gave me something to reflect on all the way home.