Show: Payne: The Stars are Fire

Payne: The Stars are Fire

A companion piece to Ross McGreggor’s Holst: The Music in the Spheres  to which I awarded five stars in February, Payne is another delight – even though I am not quite as comfortable with physics and astronomy as I am with classical music.

Cecilia Payne (Laurel Marks) was a student of Gustav Holst at St Paul’s Girls’ School. From there she went to Cambridge and from thence to work as a researcher at Harvard. She was a pioneer who broke a great deal of new ground in her field although as the play makes clear she didn’t initially always get the credit for it. Among other things she worked out that stars are made predominantly of hydrogen and helium thereby refuting three thousand years of scientific theory – as Henry Russell (Toby Wynn-Davies) acidly and patronisingly points out to her.

The play is a detailed, intelligent exposition of the routine discrimination against women a century ago and a taut account of one woman’s struggles. Marks is an outstanding actor. She gives us a lumpy, awkward woman with the distorted vowel sounds of her period and class but indefatigably focused on her work. She is very good indeed at evincing the pain and hurt she feels when her character’s work is marginalised and yet her rare smiles light up the stage.

The five other cast members are generally strong and, as before. I was totally convinced by Wynn-Davies as Holst two scenes with whom effectively frame the play. American accents are, however, a bit iffy and although amusing, Alex Stevens makes Harlow Shapley simply too excessive and irritating to be taken seriously as head of department.

Nineteen twenties music links the scenes so that we never forget where we are. Lucy Ioannou as Adelaide Ames helps with that too. At first she seems a fairly frivolous flapper and a stark contrast with Cecilia but she gradually develops into something much deeper and we begin to see her as a serious scientist – with a healthy life/work balance. There is a very beautiful physical theatre/dance scene with her at its centre to symbolise her untimely death and the reactions of her friends and colleagues.

McGreggor, as director, does imaginative things with the gauzy backcloth providied by Odin Corie’s set. Some scenes, evocatively lit, take place beyond it to suggest outdoors or something otherworldly and it acts as screen for occasional projection. 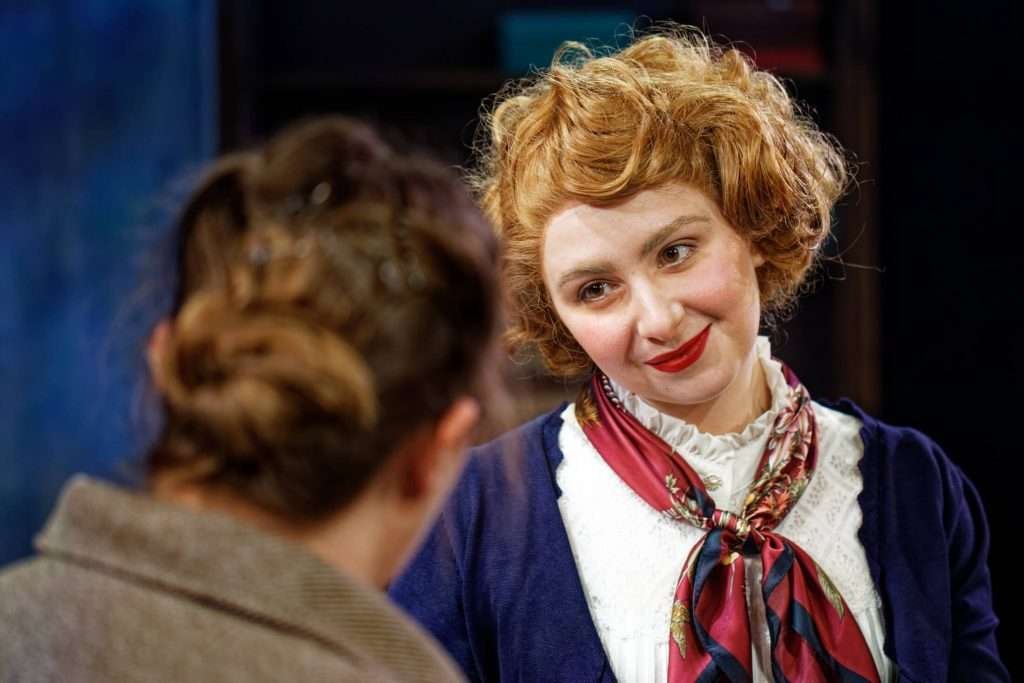