Show: The Pirates of Penzance

The Pirates of Penzance

It’s a real pleasure to find a non-professional company still staging an annual show mostly G&S (twelve out of twenty this century) as they have been doing since 1973 – and doing it pleasingly.

Director Leon Berger takes us to the land of make-believe with this production. Frederick is, after all, reckoning by his “natal day” just a “little boy of five”. So with 21st birthday balloons aloft, we’re in a colourful nursery classroom in which pirates with scarves round their waists play with wooden swords and there are lots of wind-up dolls and policemen. But it’s a gentle conceit. Beyond that it’s a pretty straight account of Gilbert and Sullivan’s 1879 piece.

Someone at Ferrier Opera Company understands that the important thing about making G&S work in the 21 century is to respect the music and have faith in it. And Gilbert’s words are as funny and clever as ever. For the most part they don’t need tinkering with.

I was thrilled, therefore, to hear Hail Poetry – the lovely four line anthem which Sullivan pokes in apropos of nothing in particular – beautifully sung by a totally still cast, lights dimmed and an illuminated photograph of Sir Arthur at the back. Later I was also delighted to hear another anthem To Queen Victoria’s Name sung with the same respect and precision in the second half – this is an unusual inclusion because there are three versions of the Pirates of Penzance owing to “cock-ups” relating to first performances, copyright issues and the first production in New York.

Of course some cast members are a lot stronger than others but Andy Lee excels as Frederick. His tenor voice is delightfully resonant (nothing as crass as radio mics in this production) and he convinces completely as the dutiful young man who falls passionately in love with Mabel (Rebecca Foster). She matches him perfectly with her piercing soprano voice. Yes, she has great fun with her show piece top notes but also duets very sensitively with Lee. Every note and every word is placed with accurate warmth. Both are accomplished actors too.

Other cast members doing a fine job include Jackie Mitchell as Ruth the “piratical maid of all work” whom Frederick loves as his nursemaid but rejects as his bride. She has some good low contralto notes. Nice 2022 touch to have her team up with another woman at the finale so she gets a happy ending like everyone else.

Andy Noakes is a pretty competent Major General – making his first entrance in 19 Century striped bathers, flippers and bearing an inflatable unicorn because he’s come straight from swimming in the sea. Much is made of pretending he can’t manage the rhymes and needing cast help in his famous song. He’s also a strong lyrical baritone as well as a watchable actor. I also enjoyed  Nathan Killen’s deliciously Irish Samuel – he sings well too.

Musical Director, David Stephens gets a nice sound from his bijoux 12-piece band – working from the proper, if cramped, pit offered by the Bob Hope Theatre.  And three cheers for the decision to play the overture and let us listen to it without stagey distraction. The enthusiastic chorus escaped from him several times during the performance I saw but each time he managed to get them back on track after a few bars. I suspect some cast members are not very good at keeping a discreet eye on the conductor.

It’s a decent show, though, and I’m really thrilled that Ferrier Opera Company is doing this sort of thing. Princess Ida next year! 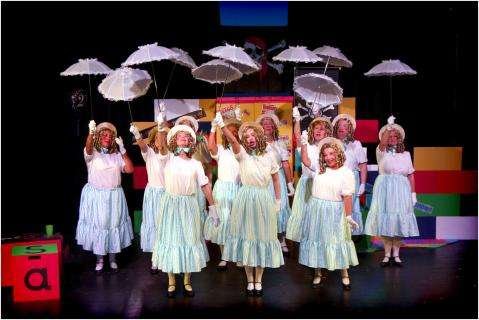 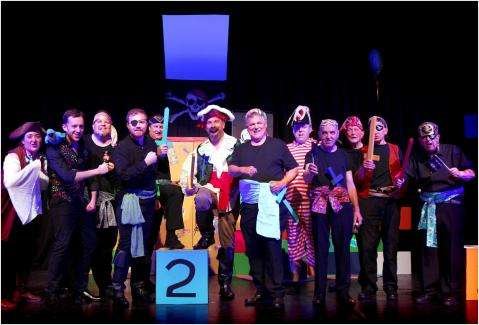 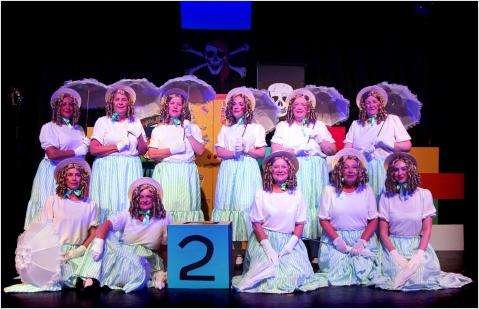 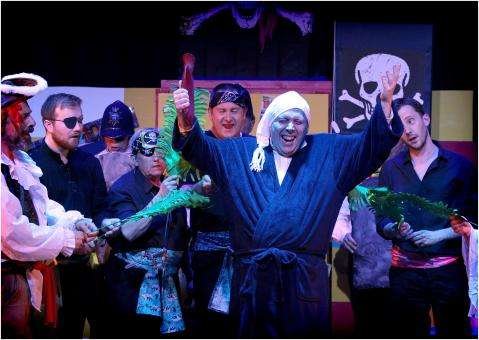