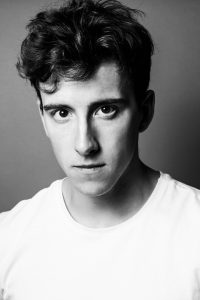 Plays about primary schools are not exactly two a penny so watch out for School Play which runs next month at Southwark Playhouse. Set in a Headteacher’s office the play, according to playwright Alex MacKeith, “explores the dynamic between teachers and private tutors hired in to supplement lessons”

Alex, still in his early twenties, graduated from Cambridge with a classics degree in 2014. Since then he has, among other things, worked as a private tutor in a south London primary school. He, and a number of others, come in to take small groups for SATS coaching usually at the end of the main school day in an afterschool club. “There were a number of us doing this – perhaps as many as twenty” he says. “Clearly we weren’t required to have a teaching qualification but we were, obviously, all DBS checked. I worked with the children on reading, writing and maths.”

So who is paying tutors like him working in state schools? Alex chuckles. “That’s a key question isn’t it? And in real life I don’t actually know the answer – except that it might have been via the pupil premium. It’s certainly an issue in the play. There I suggest that the parents could be asked to contribute and explore the implications of that”.

He continues: “It was a strange position to be in because we were neither NQTs nor teaching assistants. The children – or their parents – opted in to these extra sessions and were warmly encouraged to do so. The regular teachers often remained in the room. I became fascinated by how it worked and my play grew out of that.” Himself the son of two teachers, Alex describes the atmosphere he has seen in schools as “contentious”, “fraught” and “full of conflict” to such an extent that he can’t understand why it has never been examined dramatically before.

Alex is very aware of the pressures on teachers in general and headteachers in particular although he says firmly that “as tutors we weren’t fully au fait with the politics”. He is. However, shocked at what teachers have to deal with and put up with. “How do they stay alive?” he asks. “Why aren’t they celebrated?”

School Play, which uses a cast of five, presents a headteacher whose job is on the line because the school’s SATS results aren’t good enough which, if they’re not improved very quickly, could lead to an Ofsted downgrading. “I’ve kept everything in the play as close to the ground as possible” says Alex adding that his other four characters are the headteacher’s assistant, a parent, a tutor and a pupil.

Having been a member of the Footlights while he was at Cambridge, Alex has written plays before but School Play is his first to be professionally performed in a London venue. “I actually had a place to do an MFA (Master of Fine Arts) at Columbia University but then the theatre company Antic | Face expressed interest in School Play so I’m doing this instead.” For Alex, Antic | Face and Southward Playhouse with Charlie Parham as director are “a dream team”.

Antic | Face is a newish company consisting of co-artistic directors Charlie Parham and Emma Hall and executive producer, Joanna Nash. It was formed with twin aims: to redress a gender imbalance that persists in all fields of theatrical practice; and to provide a collaborative platform for young people seeking to enter the profession in any capacity. With a strong focus on the text, the company is committed both to revisiting the classics and bringing them to a young audience, and to promoting new writing. School Play is evidently part of the new writing commitment as well as helping young actors. “We use pupil-age actors – two of them rotating” and I’m really pleased about that” said Alex who was just about to go into rehearsals for School Play when he spoke to Ink Pellet.

“I visited primary schools with the director and the designer in preparation for the staging of the play because we want to get everything right” says Alex who is determined that nothing in School Play will be patronising. “It’s an examination of the issues not a comment on them and it poses far more questions than it answers” he says.