Shakespeare as teacher – the RSC way

Last week I attended an RSC education briefing event at the Barbican. There were nice sandwiches and a complimentary ticket for Titus Andronicus (deftly done for all its gore and David Troughton is, as always, extraordinary) immediately afterwards. So it’s a pity there weren’t more people there.

The handful of us who were heard Jacqui O’Hanlon, the RSC’s dynamic and passionate Head of Education, describing the growing number of partner schools her department works with. They provide resources, support, workshops based on rehearsal techniques and sometimes performances. All this and more helps children to start Shakespeare earlier, do it on their feet and see it live as set out in the RSC’s 2006 Manifesto, Stand Up For Shakespeare.

But the best thing of the evening – even better than Troughton’s Titus in its way – was hearing Azita Zohadi, headteacher at Nelson Mandela School in Birmingham and two of her pupils. Azita and her colleagues are totally committed to using the arts to raise standards and to develop whole children rather than crammed automata – she didn’t say that last bit but it was definitely implicit. In order to do this the school has many partner organisations, one of which is the RSC.

It’s a two-form entry school in which every single pupil has English as a second language. Yes, I queried that too. Had I heard aright? I had. The school website corroborates that 100% of the children at Nelson Mandela School have a first language which isn’t English. The school also has a higher than average number of socio-economically disadvantaged pupils with, for example, many of them entitled to free school meals. And large numbers of the children are underachievers when they start school.

When they leave it’s a very different story. The school’s results in reading and maths are way above the average for their local authority and Ofsted judged the school “outstanding” when it was last inspected in 2009/10.

And Azita thinks Shakespeare can take much of the credit because discovering him and finding that you can work with him builds confidence, does wonders for literacy and – transferable skills and all that – convinces children that there no limits to what they can achieve. Shakespeare might, in places, be difficult but provided no one tells you that when you’re say 6 or 7 you’ll just take it in your stride, enjoy the stories, relish the powerful words and shrug your shoulders or beam with glee.

Azita told us about a child in Year 2 (that’s aged 6/7) who was asked by an inspector who her favourite author was. “William Shakespeare” she answered promptly. When the sceptical adult pressed her she reeled off the names of lots of plays and explained what they’re about,

Then Azita’s pupils spoke – a boy and a girl each aged about 10. Understandably nervous, they’d clearly thought carefully about what they wanted to say. Both had seen A Midsummer Night’s Dream at Stratford and been captivated, especially in the girl’s case, by Bottom. Both stressed that they think Shakespeare is utterly wonderful and said how he had helped them to learn. It was heart warming stuff.

If only Damian Hinds, new Secretary of State for Education, could have been there to hear all this. Theatre in general, and Shakespeare in particular, are educators par excellence. They’re a lot more fun than being relentless drilled for tests too. 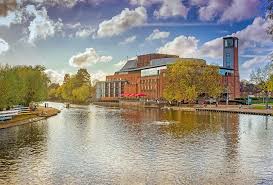