I’ve now been a widow for nine weeks and am still having to work out  the practical details of a completely different way of living One of the trickiest things is food and shopping – and I didn’t expect that.

People who don’t know me well sometimes kindly ask me if I’m eating properly because, I suppose, some people in my position wouldn’t. Yes I am. Definitely. I’m far too fond of food to forget to feed myself. I’m a lifelong three-meals-a-day woman and that’s not likely to change.

No, the difficulty is getting the scale right. When you’ve cooked for two for 50 years, and for four for 20 years or so of that time, it’s quite a game changer. I’m used to having cupboards full of ingredients and I’m coming to realise that I can’t do that anymore. Take grain, for instance.  At present I have 500g bags of basmati rice, quinoa, couscous, pearl barley, bulgar wheat and risotto rice with a bit eaten out of each of them. Well, that’s no good is it? Most of it will have gone off long before I can eat it. In future I shall have to buy, say, rice and use it all up before replacing it with a bag of quinoa. It means less choice but I can’t bear waste. I might also investigate “green” places (there’s one near my son in Brighton) where you take your own bags and can buy as little as you like so I could get maybe 200g of each.

Then there are things that I don’t buy any more because they were Mr E’s preferences not mine. He loved fresh cloudy apple juice, for instance. When he went into hospital I had two unopened bottles which I froze. And they’re still in the freezer awaiting an apple juice loving visitor. I now get the smallest size Marmite and I don’t buy any chocolate biscuits at all although there are two left over packets in the cupboard rapidly approaching their use-by dates.

For years I’ve collected big pans and dishes. Now, conversely, I find myself also needing very small ones. I’ve already, since I’ve been on my own, bought a tiny saucepan and a miniature steamer. Of course I still sometimes use the big ones as well. I have visitors, after all.

Moreover I’ve invested in a collection of small food boxes so that I can batch cook casseroles etc and freeze individual size portions. When I do that I use my trusty old big pans. 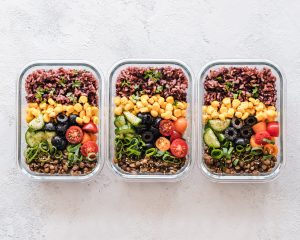 Lurking at the back of the freezer though, I still have double portions of a few things, made months ago, and now awaiting a hungry visitor who likes vegetarian food and arrives on his or her own.

Then there are non-food items, the consumption of which has reduced by at least two thirds in this household: toilet rolls, for example. And I’m pretty sure my water use has plummeted. I now run the dishwasher only once every three days and I struggle to find enough laundry to fill the machine more than once every ten days. Sometimes when Mr E was alive I had to do three lots of washing in a day.

One of my problems is walking round a supermarket (or doing my online order) and thinking “Oh yes, I might as well stock up with two or three of those” or “That looks nice – I’ll have it” which means I end up with far more than I need. Old habits die hard but I’m getting there – gradually.

I can’t get over how long things last when you’re on your own either. I bought an ordinary savoy cabbage two weeks ago and I’ve had about 6 servings, in various dishes, from it. On the day of writing I had an inspired idea – coleslaw with my jacket potato tonight but there’s still a piece left.

I’m adjusting, bit by bit, but it requires a whole new mindset and that doesn’t arrive overnight. On the plus side, of course, I am now free to eat exactly what I like without having to pander to Mr E’s tiresome fussiness. I’ve made, for instance, a lovely big batch of my favourite Lebanese moussaka (he didn’t like aubergines) and Mushroom Stroganof (he didn’t like mushrooms), ratatouille (he didn’t like tomatoes) and batch frozen them. Every cloud …

The only things I’m using at the same rate as before are the things he didn’t eat such as porridge, bananas, yoghurt and avocados. I know where I am with those. 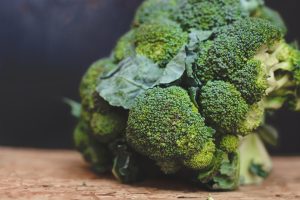