Oh yes, this apparently perennial show has certainly bedded in beautifully since I first saw it (twice) at Arts Theatre three years ago. Totally original and gloriously sassy, it remains the sort of spellbinding theatre which keeps you smiling for the full eighty minutes. And it can now afford high level production values so the cheerfully assertive on-stage, all female four-piece band is surrounded by some (literally) flashy lighting, courtesy of Tim Deiling’s flamboyant design. Think dozens of traffic lights changing colour … and more.

In case you’ve been on a different theatrical planet for the last three years: this show, by Toby Marlow and Lucy Moss, presents the six queens of Henry VIII meeting for a competitive pop concert. Using a whole range of styles from Beyonce to Adele and from Ariana Grande to Alicia Keys, each tells her own story. This means that each of the six queens gets a spot to present events from her point of view – and we see the whole six wives phenomenon through a 21st Century feminist lens. Underneath the funny, outrageous costumes – very glittery with Tudor hints – the throwaway lines, the jokes and the irreverent lyrics (“Don’t be bitter because I’m fitter”) there are some serious points being made here. And that’s why it works so well. Like all the best shows it is multi-layered.

There are three versions of this show at present: the one I’m reviewing here in the West End, a touring production and one on Broadway. The Vaudeville theatre version has six named cast members, three “queens in waiting” and two cast as swing. At the performance I saw the six on stage were Jarneia Richard-Nioel as Aragon, Cherelle Jay as Boleyn,  Collete Guitart as Seymour, Alexia McIntosh as Cleves, Sophie Isaacs as Howard and Hana Stewart as Parr. Because, presumably, this particular team isn’t fully accustomed to working together there were one or two minor hitches in the dialogue but songs and Carrie-Anne Ingrouille’s entertainingly energetic choreography worked well – as ever.

All six flirt with the audience and pack sky-high levels of dynamic stage presence. I especially like big, bold McIntosh’s Anne of Cleves who, arguably gets the best deal – pensioned off to live independently in a palace as she keeps reminding us. And Cherelle Jay, who keeps popping up chirpily to point out that being beheaded is a bit final, is good value.

This show is a case study in runaway success. It began as the brainchild of two young people at Cambridge who took a little show to Edinburgh – since then, despite the pandemic which darkened it several times, it has been almost volcanic in its seemingly unstoppable growth. Perhaps it’s just what people need in these often uncertain, potentially gloomy times: lots of glitz, glamour, laughter and some good music. 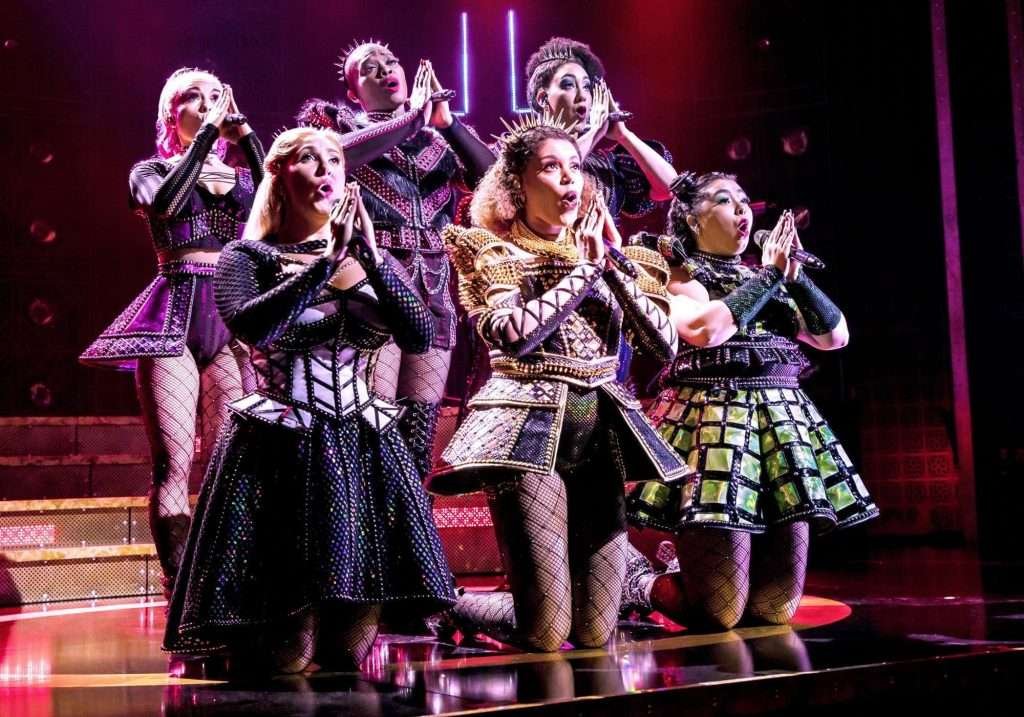 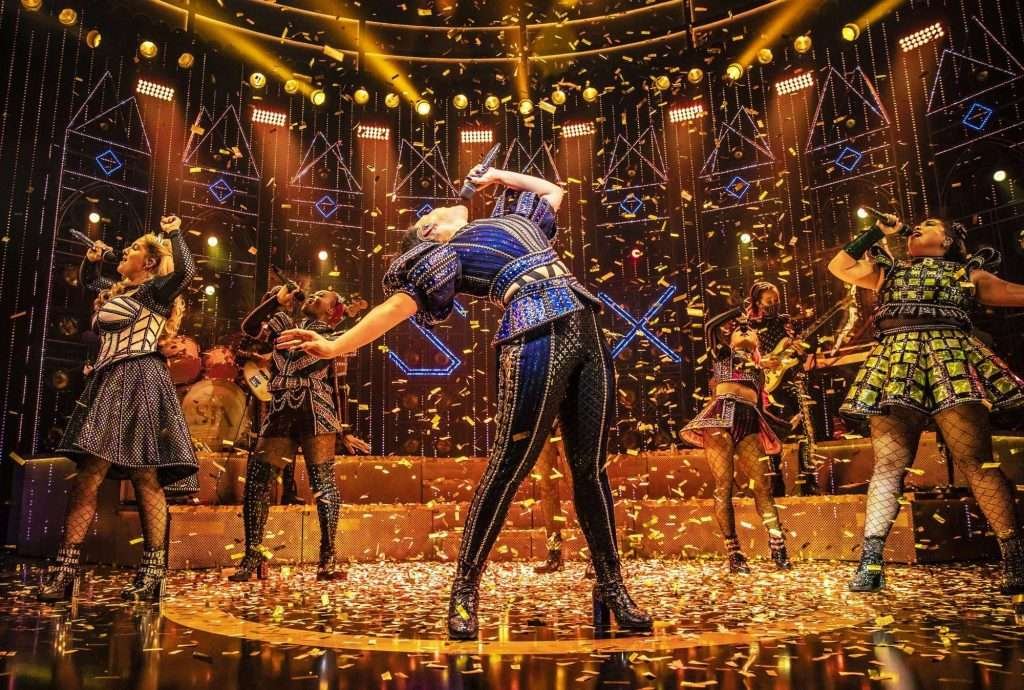 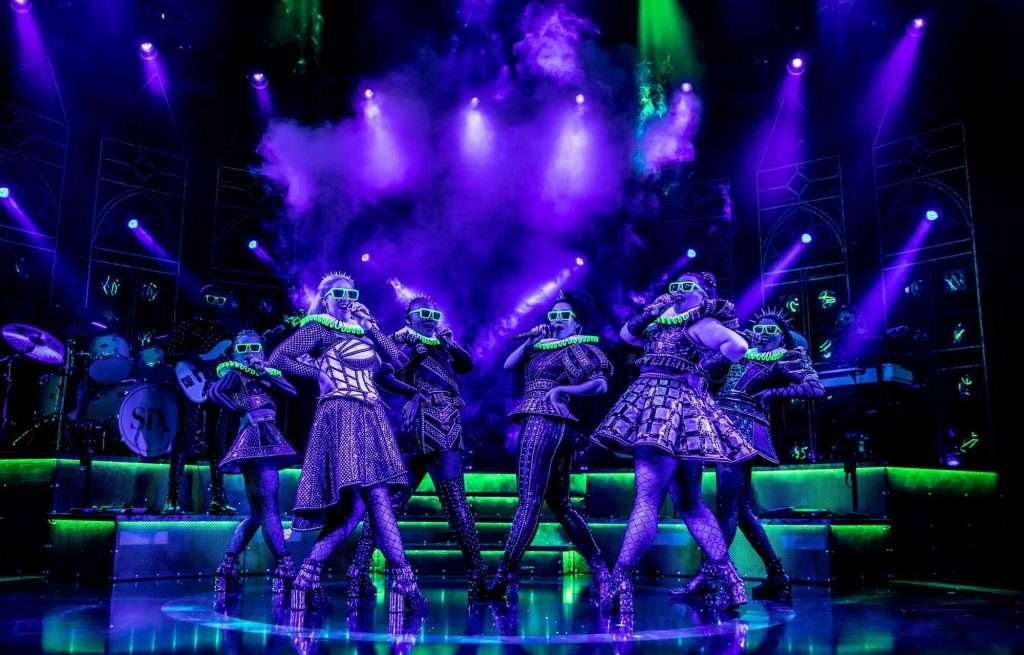 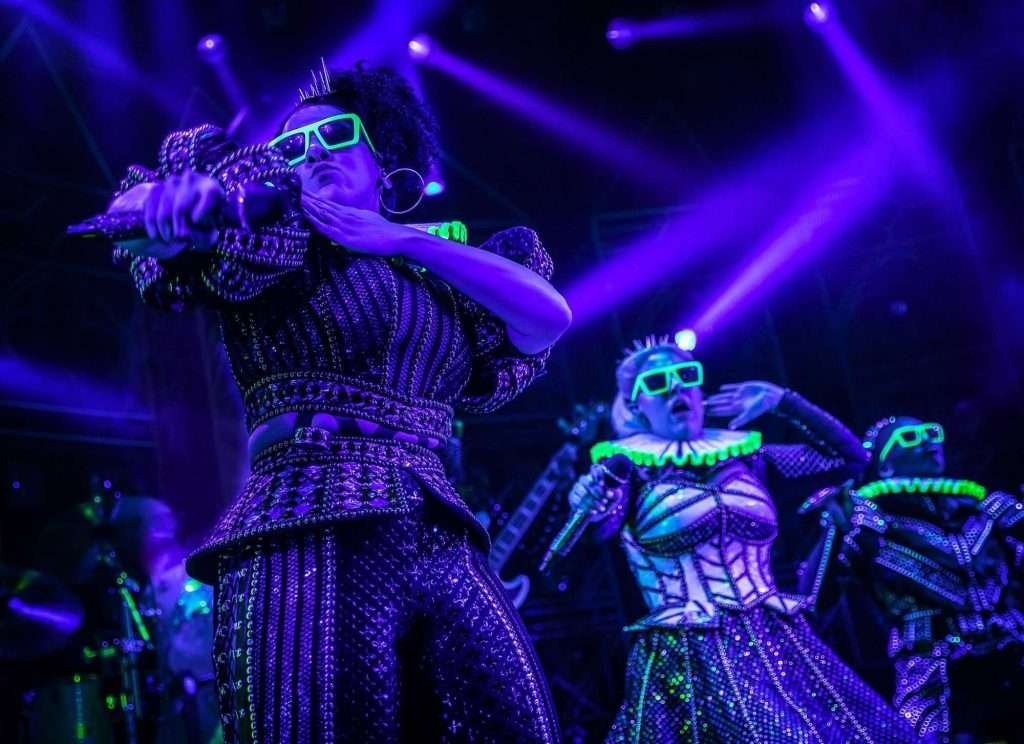