Stick Man, based on the book by Julia Donaldson and Axel Scheffler is a quest story

Stick Man, based on the book by Julia Donaldson and Axel Scheffler is a quest story. The titular Stick Man, depicted partly by a stick and partly by Jamie Coles, wants to get home to his wife and children in the family tree. From the Odyssey to The Wizard of Oz it’s a very familiar framework as we work through various episodes and adventures along the way as he gets variously used by children as a bat, pecked by a swan and threatened with fire, among other things.

It jars a bit, therefore, when it suddenly, rather clumsily, morphs into a Christmas story with the arrival of Father Christmas. The moral feels a bit bolted on too when Stick Man rather pointedly declares that he feels “used and abused” and turns to the audience for sympathy.

There are some good moments, though. “Invisi-ball” is one of the best puns I’ve heard in awhile as the cast mimes the inflation of a huge ball and then plays games with the audience by throwing it to them. And I loved the swan head glove puppet on Georgina’s arm, its angry voice evoked by talented actor-muso, Euan Wilson on saxophone.

The three cast members, directed by Mark Kane, work very slickly together with some attractive movement and voice work although the exaggerated “Etonian” voices in the beach scene are a bit overdone. Benji Bower’s songs are fun  and there’s some engaging percussion work, including xylophone, from Wilson.

It certainly engaged most of the children in the audience. One tiny boy, at the performance I saw, got so engrossed he shouted out “not in the fire!” at the top of his voice when things weren’t looking promising for Stick Man. 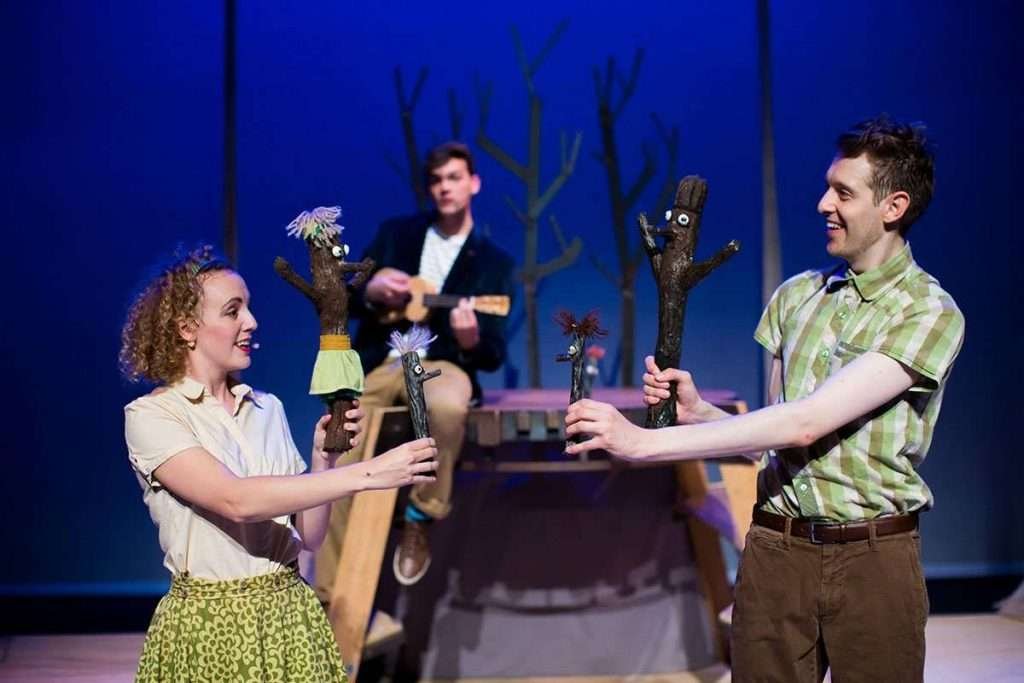 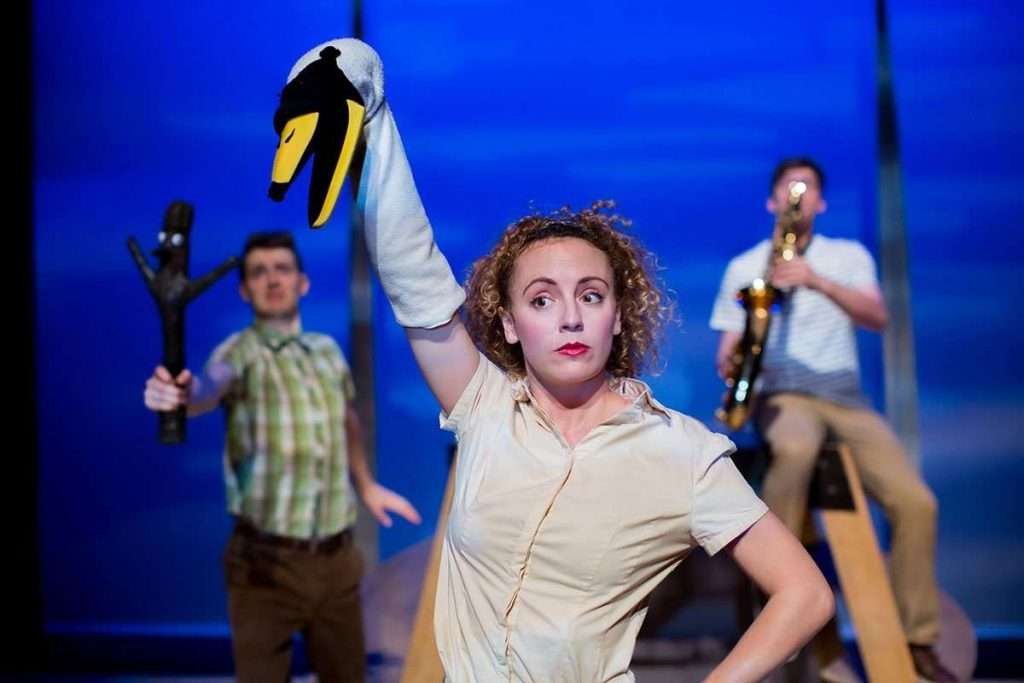 Stick Man, based on the book by Julia Donaldson and Axel Scheffler is a quest story