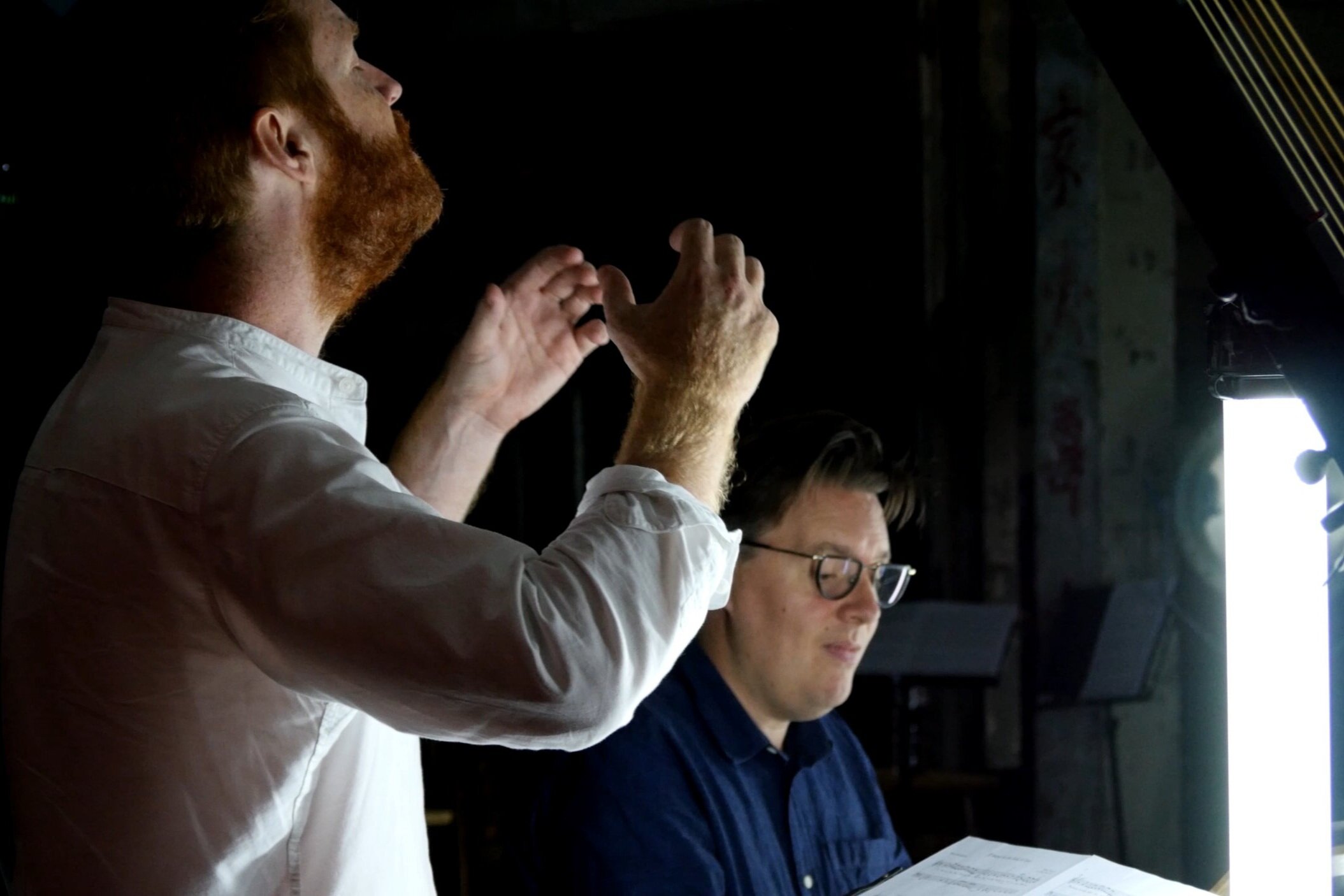 It was a real joy to be back in an indoor space listening to live music again for the first time since before Christmas. And I have to say that distanced seating in Brighton Dome had an interesting effect on the acoustic which suited the ethereal Monteverdi sound very well as conductor David Bates carefully allowed every echo and harmonic to die away in the lofty cathedral-like space.

This, however, was not quite the Vespro della Beata Vergine as we know them. Rather it was a concert based around most of the Vespers – no plain chant between movements – with other contemporary pieces which deliberately blurred the sacred/secular divide and gave us a mix of Latin and Italian. Thus we got Pur ti miro from L’incoronazione di Poppea tucked in after Laetutus Sum and, sung with warm passion by Julia Doyle and Joanne Lunn, it was an electrifying, show stopping moment.

One of the strengths of this performance is the authencity of its small size. Ten singers stood, distanced at music stands around the back of the stage behind the eight piece band. They reconfigured their postions for each number so that the sound varied rather effectively. Sololists sang with the ensemble. High spots included the precision and colour of Dixit Dominus with an immaculately controlled amen, the jolly folksy theatricality of the madrigal Vogilo di vita uscir and the otherworldly echoes in Audi coelum.

Ot course all this was accompanied on original instruments with all the drama of two fetching theorbos and organ as well as David Bates conducting from the harpsichord. It’s quite an education too to see a period harp played standing up (Joy Smith – her opening Toccata seconda was arresting) and double bass (Judith Evans) played seated.

Perhaps this wasn’t the Vespers for the purists as you might hear it in, say, an Italian cathedral but full marks for highlighting the eroticism of this music and for drawing attention to the way in which musical boundaries were rather less absolute in the seventeenth century. And the sound was terrific.

This review was first published by Lark Reviews: https://www.larkreviews.co.uk/?p=6438