Suspension of the Guildford Two

Guildford School of Acting has just axed (“not recruiting for 2019/20”) two courses: BA Hons Theatre & Performance and BA Hons Dance. Many students and alumni who think highly of these courses have expressed dismay.

We are proud to announce that GSA has risen by 5 places to No.8 in The Complete University Guide 2020 for Drama and Dance @UniOfSurrey @compuniguide

What? But they’ve just stopped offering their undergraduate dance degree. Time a few departments started speaking to each other, obviously.

So why does a modern university axe a course? Almost certainly because it is deemed “uneconomic” to run it. Universities are now like supermarkets with goods to sell. If a “line” is not moving as fast as managers would like than it has to go – to create shelf space for something which attracts more money-spending customers. “Money, money, money” as a certain Swedish pop group put it so concisely.

Performing arts vocational courses are a headache for universities anyway. The best, accredited ones are required to provide a minimum of 30 hours a week face-to-face teaching and that obviously costs a great deal more than, say, a maths or history degree course in which a handful of hours a week seems to suffice. Such students can study by FOFO* the rest of the time – reading a lot if they’re committed, independent learners and succumbing to mental health problems or dropping out if they can’t adjust to this hands-off way of working.

In recent years there has been a spate of drama schools being taken over by (sorry – “merging with”) universities. Birmingham School of Acting, for example has for some time been part of Birmingham City University within which it is now half of the Royal Birmingham Conservatoire with Julian Lloyd Webber as principal. Royal Central is quietly part of University of London and East 15 “belongs” to University of Essex.

GSA went to University of Surrey in 2009, a deal brokered by then principal Peter Barlow. Of course there are advantages. Universities have usually got plenty of money (however much they deny it) and most of  these taken-over, cash-strapped schools got state of the art building projects including sparkling new studios and lots of facilities as part of the arrangement.

GSA has a splendid new building, opened in 2011, on the University of Surrey’s campus in Guildford. I have several times visited there – each time getting the distinct impression that the relationship with the parent university is strained to put it mildly.  Why won’t they allow GSA visitors to park in the car park beside its building, for example? On my last visit I was rudely confronted by a stony faced University staff member in the middle of my congenial working lunch with the drama school staff (most of whom have since moved on) who’d invited me.  She objected to my casual tweet a hour or so before. I’d commented, with very good reason, that I found the university unwelcoming. My hosts were mortified and very apologetic afterwards but they said nothing while the “reprimand” was happening. The university ruled, clearly, and the fact that I was a guest of GSA counted for nothing.  I learned a lot from the incident about the tensions between GSA and University of Surrey.

I’m not, therefore, particularly surprised about the demise of these courses although I rue their passing. In some cases – but not, it seems, in all – merging with a university means major loss of autonomy. Maybe GSA would have axed these courses – and the jobs of the respected staff who taught them –  anyway but somehow I doubt it.

*Fuck off and find out 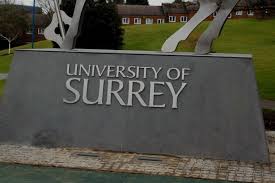