The Sword and the Dope (Susan Elkin reviews) 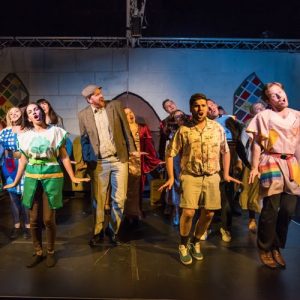 The joke about expecting to get terrible reviews because “it’s in this show’s manifesto isn’t it?” sounds very confident. Sadly, that confidence is woefully misplaced.

Michael Head (who also directs) has reworked his former versions of The Sword and the Dope to produce a very weak political satire, mostly about Brexit and evil Conservative politicians.

Read the rest of this review at Musical Theatre Review http://musicaltheatrereview.com/the-sword-and-the-dope-waterloo-east-theatre/