Should we teach theatre etiquette? 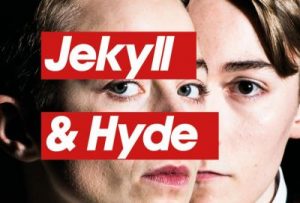 We all want to see lots of young people in theatres. And having got them there of course, in an ideal world, we’d like them to be fully engaged and attentive.

If only it were that simple. The problem is that there’s a very fine line between enthusiastic engagement and disruptive behaviour. And if one person’s enjoyment of a show spoils someone else’s by, for instance, making so much noise that neighbouring audience members can’t hear the actors, then that’s not on.

Last week I was at National Youth Theatre Rep Company’s Jeckyll and Hyde (by Evan Placey) at Ambassadors Theatre and it is excellent – catch it if you can. The school party behind me (and their teacher, who was fulminating in the loo afterwards) were clearly expecting a “straight” dramatisation of Stevenson’s novella to support their GCSE English studies. What they got was a highly intelligent, very entertaining, twenty first century response to the text complete with the sort of vocabulary they’re not allowed to use in school, gay sex on stage, frank feminism and some very in-your-face asides. The 15 and 16 year old boys in the group couldn’t believe their luck as they whooped with incredulous delight, showing off both to their female classmates and, of course, to their teachers. Their enjoyment, was all a bit much for the rest of the audience, frankly, although there’s no doubt  that these kids were fully engaged in what they were watching and having a whale of an afternoon.

It set me thinking, not for the first time, about theatre etiquette. Can it be taught and, if so, should it be? I was fortunate enough to be taken to the theatre quite a lot as a child and was told firmly by my parents that you must never talk when performers are working on stage or make other sorts of noise such as rustling sweet papers, that you clap at the end or when other people do, and that it’s fine to laugh when it’s funny. You join in or call out, only when invited to do so by someone on stage. None of that prevented me from thinking that live theatre was wonderful and loving every minute – especially when it was Brian Rix in one of his farces. (Yes, I know that dates me).

Later I took hundreds of school parties to the theatre. And in almost every group there were children and young people who’d never seen live theatre before so what did I tell them before we went? First, that you must always remember that you’re sitting close to lots of other people and be considerate. Second, that you are part of an audience and you’re there to hear what happens on stage. Nothing that you do should prevent you or anyone else hearing. That means not talking or making noises – this is very different from watching TV at home with the family – during the action. Third, if you’re amused, shocked or moved then, yes, we all hope that you will laugh, gasp or weep but not so loudly that you’re disturbing others whose reactions might be different. Fourth with older groups I’d say: “And by the way some one in this play might say ‘Fuck off’ or ‘You cunt!’. There. You’ve heard me say these words in class now. Snigger if you must. Then get over it and we can all be grown up when we’re out”.

It seemed to work. The groups I took to all sorts of theatres to see all sorts of plays generally had a good time, learned a lot and we were often commended for “our” appropriate behaviour. You can encourage powerful engagement without allowing it to descend into irritating disruptiveness in my experience.

And a note for teachers from an old hand from the chalkface.  If you are teaching a fiction text for English and your chaps are reluctant readers, then don’t show them a video, take them to a film or a stage dramatisation. It will always be very different from the novel and they will never write text-based answers in their exam. The best approach is to get them through the text two or three times, by reading most of it aloud if necessary. Then you can show them another version and ask them to make notes on how/why it differs – which makes for some fascinating in-depth discussion and ensures they keep focusing on what the novelist actually wrote.

It’s different with plays, obviously, because they’re meant to be performed. Then I’d begin with performance and work backwards.