The wrong end of the stick

When someone can process only part of what is said, normal conversation becomes impossible. The sort of casual remarks which human beings make to each other all the time get misunderstood and/or distorted when you’re involuntarily shacked up with Ms Alzheimer’s.

For example, if I say “I’ll put the bins out in a bit but I need to empty the inside ones first” then a few minutes later I’m quite likely to find My Loved One toiling out to the front with the bins. When I remonstrate he’ll say: “I’m sure you mentioned bins?”

One day recently I had to take my passport to the sorting office (ridiculous but there you go) in order to collect a parcel. On my return I removed the passport from my handbag and put it on the shelf on the upstairs landing to remind myself to put it away in its accustomed drawer when I next went downstairs.

“What’s this passport doing here?” asked MLO. “Oh, can you put it in the drawer in the dining room if you’re going down? I said, as if he were a normal person. Cue for Big Panic half an hour later when I checked and said passport was not in the drawer. I did find it in the end but Ms A hiding things is beginning to be a problem.

I know exactly where everything is in this house. He doesn’t. If he moves things then neither of us will know where they are we’re really in a pickle. And as I keep telling him all he has to do is to listen to instructions and not to fiddle with things – but of course it’s nothing like as simple as that.

Take the two big bags of bark chippings I brought home from the garden centre last week. I managed, with difficulty, to lever them both out of the car boot, rest them against the back of the car and then to drag one round to the back garden but it was really too heavy for me. “Is there any way you could bring that second bag round?” I asked MLO because he is still probably a little stronger than I am – a male body etc. He tried but told me he couldn’t shift it. “OK, leave it where it is” I said. “I’ll think of something”. When I later went back to the front the bag was missing. The silly twerp had, most unhelpfully, humped it back into the car boot.

We had a pretty graphic example of sequential failed understanding at Pease Pottage services on the way to Chichester this week – which ended up with me in tears of despair. I asked too much of him thereby managing to upset us both. Well done, Susan.

The problem is that I routinely overestimate what’s do-able and as the situation worsens I suppose it will get ever harder to adjust. On this occasion I shoved him into the Costa queue and told him to buy two bottles of water while I shot into next door M&S to buy sandwiches. Five minutes later MLO appeared beside me while I was paying for the sandwiches at a self-service till. “What are you doing here?” I demanded rather too crossly. “GO INTO COSTA AND BUY TWO BOTTLES OF WATER – please”. Well he wandered off but when I went to join him in Costa, sandwiches in hand, he had completely disappeared. A worrying five minutes later I spotted him in the M&S queue trying to buy sandwiches.

Well I’m afraid I don’t have the patience of a saint …Furiously, I dragged him to a table, sat him down and forbade him to move while I went and bought two bottles of water. When I got back he was anxiously examining the packets of sandwiches I’d bought because he was afraid he’d accidentally shoplifted them. That was the point at which I broke down and cried.

It is all very wearing as well as dispiriting and I’m ashamed to admit that it’s considerably easier to do jobs such as reviewing in Chichester or central London on my own. Then it’s quite therapeutic to be out working like a grown up and, at present (long may it last) he’s OK at home by himself. If I take him out with me the whole experience is, increasingly often, as stressful as it is upsetting.

I have “coffee shop offices” all over London and quite a few in other towns and cities. I’m drafting this blog in a one which is new to me – the quite nice coffee shop inside Lewisham Hospital which has delightfully friendly, cheerful staff and they make a decent cup of tea. After a frustrating four hour wait beyond our appointment time, MLO is – at last – upstairs in theatre having the carcinoma removed from his face. Fingers crossed that the anxiously anticipated surgery is going well. 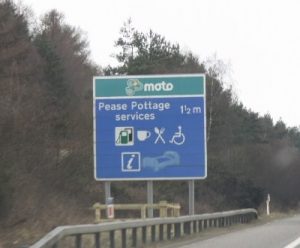